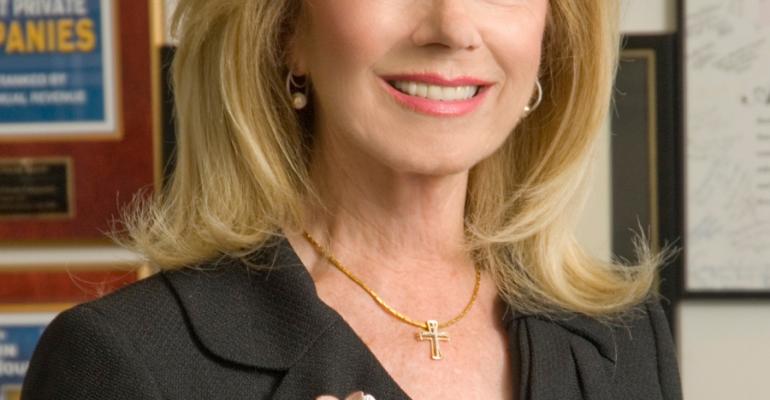 Gloria Bohan - to do the honors May 25 in Civitavecchia

A seasoned travel executive and entrepreneur, Bohan has more than four decades of industry experience. She founded Omega World Travel—according to Windstar, the largest travel agency founded, operated and majority-owned by a woman.

Bohan's expertise covers areas of travel including corporate, government, meetings, vacations and cruises. She cruised with Windstar for the first time in November.

Windstar will unveil Star Legend on May 25 at a pierside christening ceremony in Civitavecchia (Rome).

'We are honored to have Gloria serve in the prestigious role of godmother of Star Legend. She is well respected in the travel industry, and a valued trade partner,' said Windstar ceo Hans Birkholz. He added that Bohan is active with several philanthropic organizations and passionate about mentoring other entrepreneurs.

In March Windstar announced travel influencer Wendy Perrin as the godmother for Star Breeze, Windstar’s other fleet addition this year. It enters service May 6.

Both Star Legend and Star Breeze underwent $8.5m renovations with new public spaces, suites and dining venues. The addition of these vessels along with Star Pride, which debuted in May 2014, is allowing the company to visit new destinations this year including Iceland, and to operate year-round sailings in Tahiti.