One in every 17 Australians is cruising 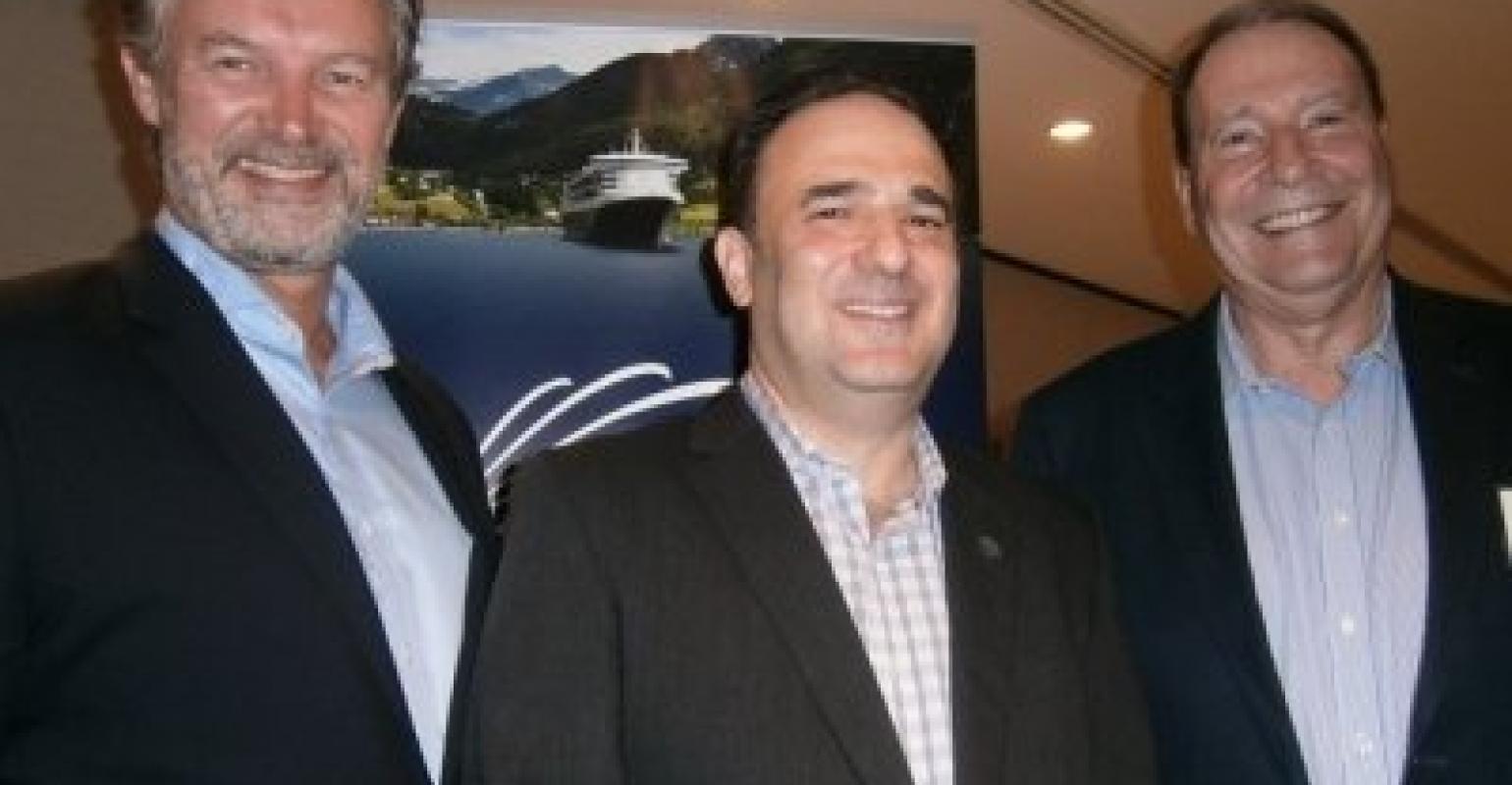 Joel Katz, centre, with CLIA Australasia chairman Sture Myrmell, left, and Port Authority of NSW ceo and director Grant Gilfillan at Thursday’s briefing PHOTO: Helen Hutcheon
Australia once again leads the established cruise markets in penetration rates, with 5.8% of the population taking an ocean cruise in 2018 — compared to 4% in the US, 3% in the UK and 2.8% in Germany.

This was announced at an industry reception on Thursday at the NSW Parliament House in Sydney when CLIA Australasia unveiled its 2018 ‘Australia Ocean Source Market’ report.

He said Australia has continued its long run of cruising growth with a total of 1.35m Australians taking an ocean cruise last year — a slight increase on the previous year.

However, growth slowed to just 0.9% year-on-year, reflecting capacity constraints associated with a shortage of berthing infrastructure in Sydney.

Katz said cruising in local waters — Australia, New Zealand and the South Pacific — grew by just 0.1% over figures for 2017 but was offset by growth of 3.4% in the number of Australians taking fly-cruise options in destinations further afield, indicating demand remains strong in the Australian market.

The majority of Australians cruised within Australia, New Zealand and the South Pacific (76.6%). Europe/Mediterranean was the most popular long-haul destination (8.1%), followed by North America/Caribbean/Alaska/Hawaii (7.3%) and Asia (5.4%).

In the inbound market about 200,000 people came from other regions to cruise in Australasian waters in 2018, with more than half from North America. Europe/UK and Asia followed.

Katz said the construction of the new International Cruise Terminal in Brisbane and other cruise related projects in Cairns, Eden and Broome are expected to reignite growth in the homeport market.

‘There is so much potential,’ he said. ‘Smaller older vessels are being replaced with newer, larger ships to meet demand and with a third terminal in Sydney on the horizon more cruise lines will continue to base ships here.’