Onorato talks about working for MSC and the newbuild program 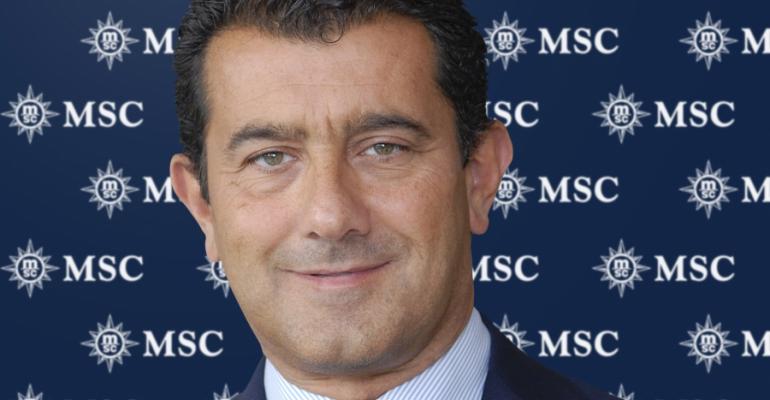 Now into his second year as ceo of MSC Cruises, Gianni Onorato reflected on differences of management style between his current and former cruise line employer and discussed MSC's newbuilding programme.

Speaking at the 2014 International Cruise Summit in Madrid, Onorato shared some insights into differences between his earlier 23-year experience at Costa Crociere, where he served as president from April 2004 until June 2013, and his current activities. He in fact had earlier links with MSC through Costa's catering operation, which served some MSC vessels.

In contrast to the more structured feeling at Costa Cruises, ‘there is a more European atmosphere in Geneva. It is not just an Italian company. Decisions may be taken informally over lunch or even in an elevator at the head office,' he commented.

In response to a question about managing a cruise business within a massive container shipping line, Onorato noted the advantage that all of MSC Cruises' base ports also have major MSC cargo operations. He is also able to draw on the resources of the parent's large human resources department.

Queried on possible investments in cruise terminals, akin to Costa's Palacrociere and Palacruceros operations in Italy and Spain, Onorato said his company is not really focused on port management. ‘There are exceptions, however, such as the port of Durban, South Africa, during the winter season and in Barcelona, in order to offer a service to our guests.’

Looking toward MSC's newbuilding programe for two apiece of the Vista and Seaside classes, the ceo pointed out that his company has a two-year gap in adding capacity after an intensive annual growth schedule. The first two vessels will be delivered six months apart, and three ships within 12 months.

Management was looking for ‘a different range of approaches with two very different prototypes, and we finally had an opportunity to work with Fincantieri, after earlier occasions when it had no available construction slots.'

As to varying approaches for the two designs, Onorato described Seaside as a 4,140-berth resort vessel, with big deck spaces, operating only in warm weather and aimed at South America, among other markets.

The Vista class, on the other hand, to be built by STX at Saint-Nazaire, will be larger, with 2,250 cabins, but shorter and beamier than the Fantasia class, hence able to enter tighter ports such as St. Petersburg. The pair of 167,600gt newbuilds are due for delivery in early 2017 and early 2019.

There will be added focus on families travelling with children, including cabin layouts with as many as five beds, connecting adjacent cabins and a restaurant devoted to children. ‘We are also further developing our high-end Yacht Club class, but it is too early to be specific on the details.’

Onorato concluded with ‘a message of optimism for the future. Our industry is very resilient. We can increase market penetration and there is still a chance to grow.’

Having moved his family, with four children, to Geneva, Onorato sounded very much like a man well anchored in his new post.