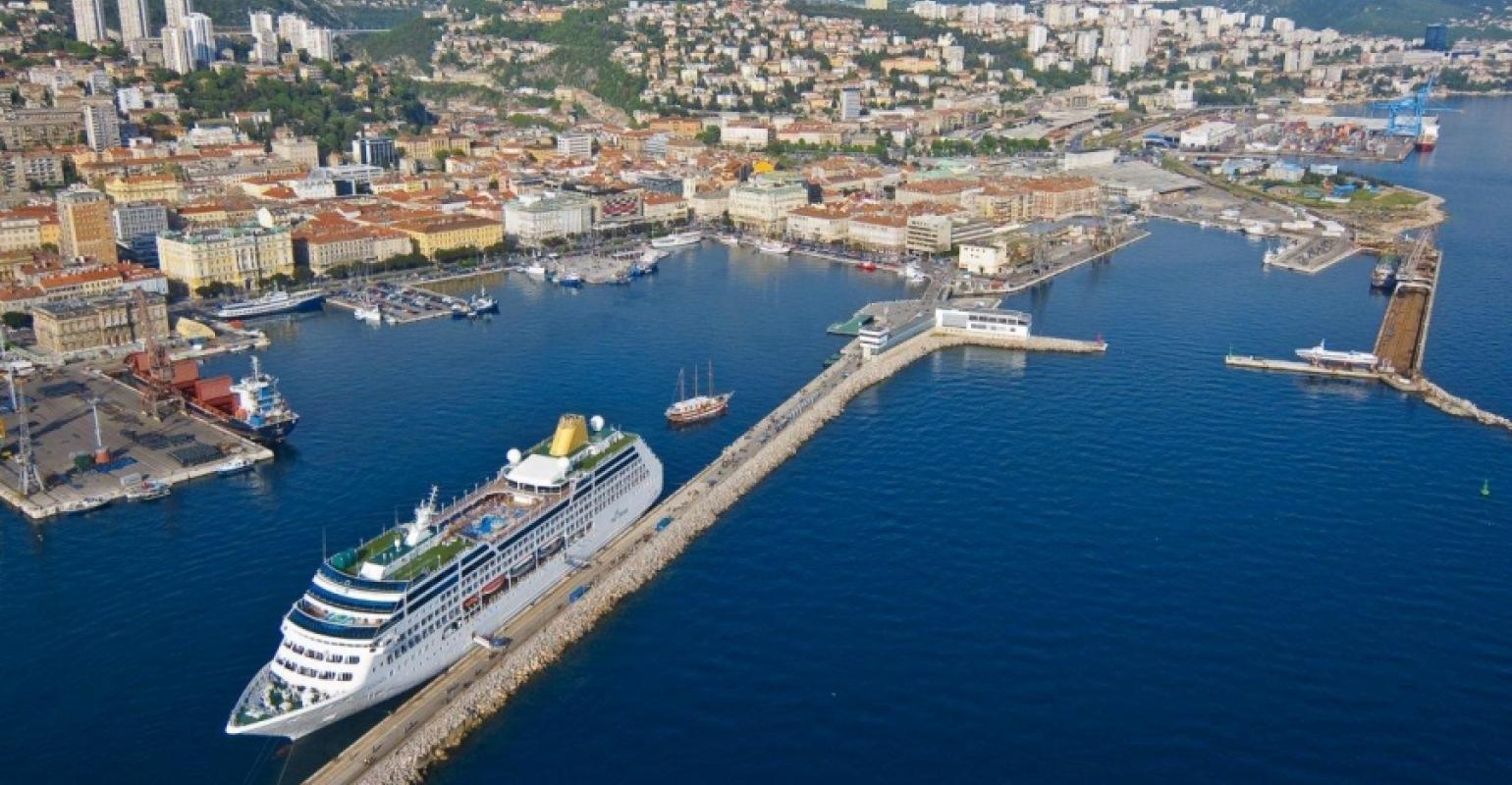 P&O ship docked at a berth served by Rijeka's passenger terminal. The container port is at upper right.

After drawing a smattering of cruise ships over the years, Croatia's Rijeka is stepping up its game with a US marketing representative, a June road show to cruise lines in Florida, California and Seattle that will head to the UK next week, and a major waterfront development project.

Rijeka hired Miami-based Access Cruise to guide its outreach to the cruise lines and develop a presentation that officials from the port, city and tourism board are delivering on calls accompanied by Access Cruise account manager Tracey McLaughlin.

Silversea Cruises was among the lines recently visited. Mike Pawlus, director of strategic planning and scheduling, deemed it a 'very good presentation and they gave me a colorful report that is on my credenza. We will consider them in the future.'

Rijeka looks interesting and Silversea can dock its ships there, Pawlus told Seatrade Insider. The issue is 'there are just so many choices in such a small area.'

That's why Access Cruise is touting Rijeka as fitting easily into existing itineraries as a new option with particular appeal for port collectors. As an alternative on a butterfly itinerary embarking in Venice, a ship may visit Split on one wing and Rijeka on the other, so cruisers sailing back-to-back don't duplicate ports.

It's close to trendy Istria and charming Opatija as well as abundant nature sites including Krk Island, known for olive oil, wine and honey, and scenic Plitvice Lakes National Park, a UNESCO World Heritage Site with lakes, caves and waterfalls. Rijeka is also the gateway to Zagreb, the Croatian capital.

'There are lots of tours within an hour's drive, and lots for independents and crew to do in a city with ambiance that's full of history. There's a castle, and a lot of beautiful beaches in the area,' McLaughlin said.

Rijeka has multiple docking areas for small and mid-sized ships at its maritime passenger terminal, while larger vessels can go to the container port. Both are a few hundred meters' walk from the historic center. The $266m Rijeka Gateway Project will provide capacity for larger ships, improve flow and connectivity across the port area to the interior and add boutiques, restaurants and apartments around a new yacht marina in 2016.

Germany's ID Riva operates weekly cruises on motor or sailing yachts, and past visitors include P&O Cruises' Oriana and Adonia. Among 2015 calls are four by Thomson Majesty and three by Crystal Serenity—'So they're certainly getting on the map,' McLaughlin said.

Another strength of Rijeka, she added, is that port, city and tourism officials are unified to modernize waterfront facilities and increase cruise tourism and visitor satisfaction, while being responsive to operators' needs.

'They are really on the ball,' she said.