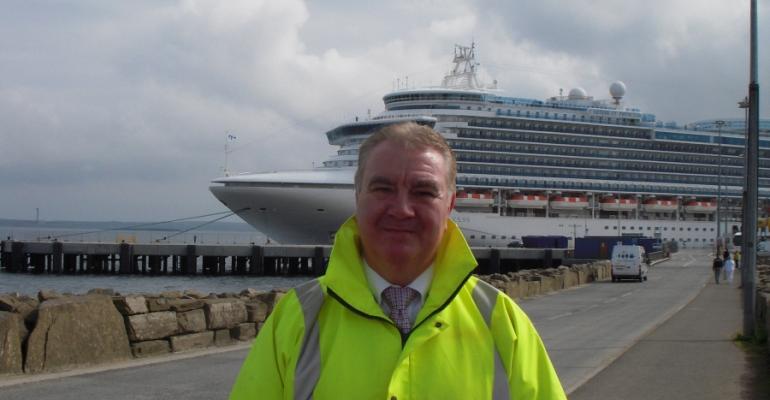 Orkney Islands Council is to place some controls on the number of cruise passengers visiting Kirkwall in one day.

In future, the Harbour Authority will not accept simultaneous multiple port calls where the passenger numbers exceed 4,500 passengers.

There will be a level of flexibility depending on the number of ships involved, the day of the week and/or the local school holiday period but the figure will be used as a baseline for planning, informs Brian Archibald, harbour master, Orkney Island Council Marine Services.

This policy does not affect any current cruise ship confirmed bookings for 2015-17, he stressed.

‘It is hoped that this policy will be understood and embraced by the cruise ship industry in whose interests this policy lies,’ commented Archibald.

Kirkwall has witnessed a significant growth in cruise business in the last five years.

As a relatively small island community with a population of only 22,000 people, the arrival of very large ships with well over  3,000 passengers does provide the shore based infrastructure and attractions with challenges, but these are challenges that Orkney can and has successfully accommodated, states Archibald.

‘However through experience of port calls in 2013-14, the Orkney community has been over stressed on days where there are multiple port calls of large cruise ships calling on the same day,’ he added.

The onus on the provision of tour coaches, shuttle buses, shore facilities including rest rooms, qualified multi lingual guides and the avoidance of major tourist site congestion has led the Council to review its capacity for the reception of simultaneous multiple port calls.

‘Orkney needs to be certain that it can provide the best opportunity for ships to optimise revenue opportunity and have complimentary customer feedback. In order to achieve this, to further develop a sustainable cruise ship business and to give passengers and crew the best possible visitor experience, the Council has adopted this policy,’ Archibald added.