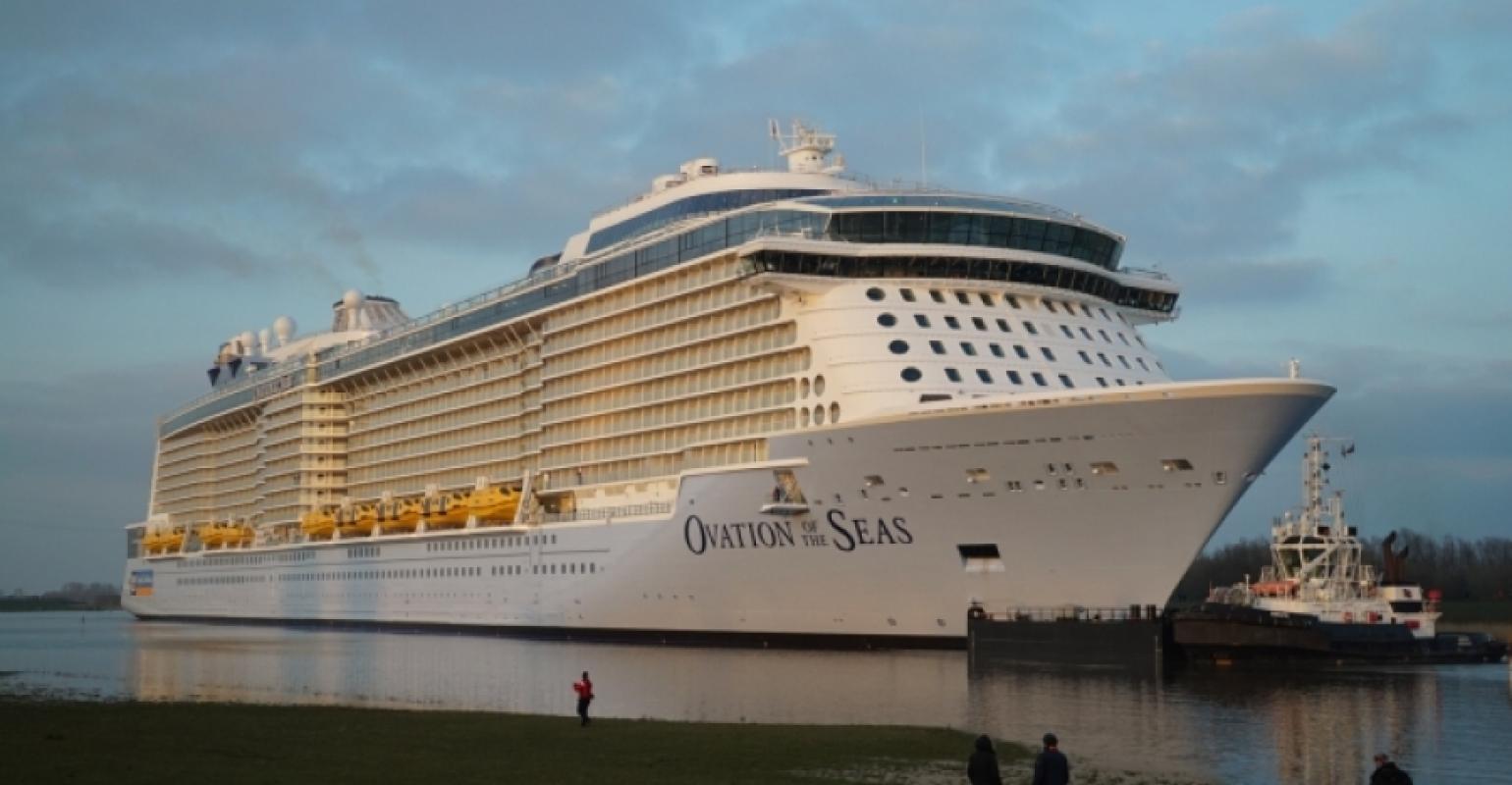 Ovation of the Seas on its conveyance (Photo: Royal Caribbean)

Ovation of the Seas completes its conveyance

Ovation of the Seas completed its conveyance along the Ems River from Meyer Werft at Papenburg to the North Sea. The ship traveled backwards, for greater maneuverability, guided by two tugboats, in a journey lasting about 12 hours.

After a short time spent at Eemshaven, Ovation of the Seas will moor for several days at Columbus Cruise Center Bremerhaven before sea trials begin.

At 346 meters/1,138 feet long and 41 meters/136 feet at the beam, the 167,800gt Quantum-class ship is one of the largest ever to make the conveyance. Thousands of revelers from the surrounding villages lined the 26-mile route along the riverbank to watch the event.

Ovation of the Seas will enter service in April when it departs Southampton for Tianjin, China, on a 52-day 'global odyssey.'

The ship is scheduled to begin its inaugural season from Tianjin on June 24, and joins sister Quantum of the Seas, along with Mariner of the Seas, Voyager of the Seas and Legend of the Seas, in making up Royal Caribbean International's China-based fleet.