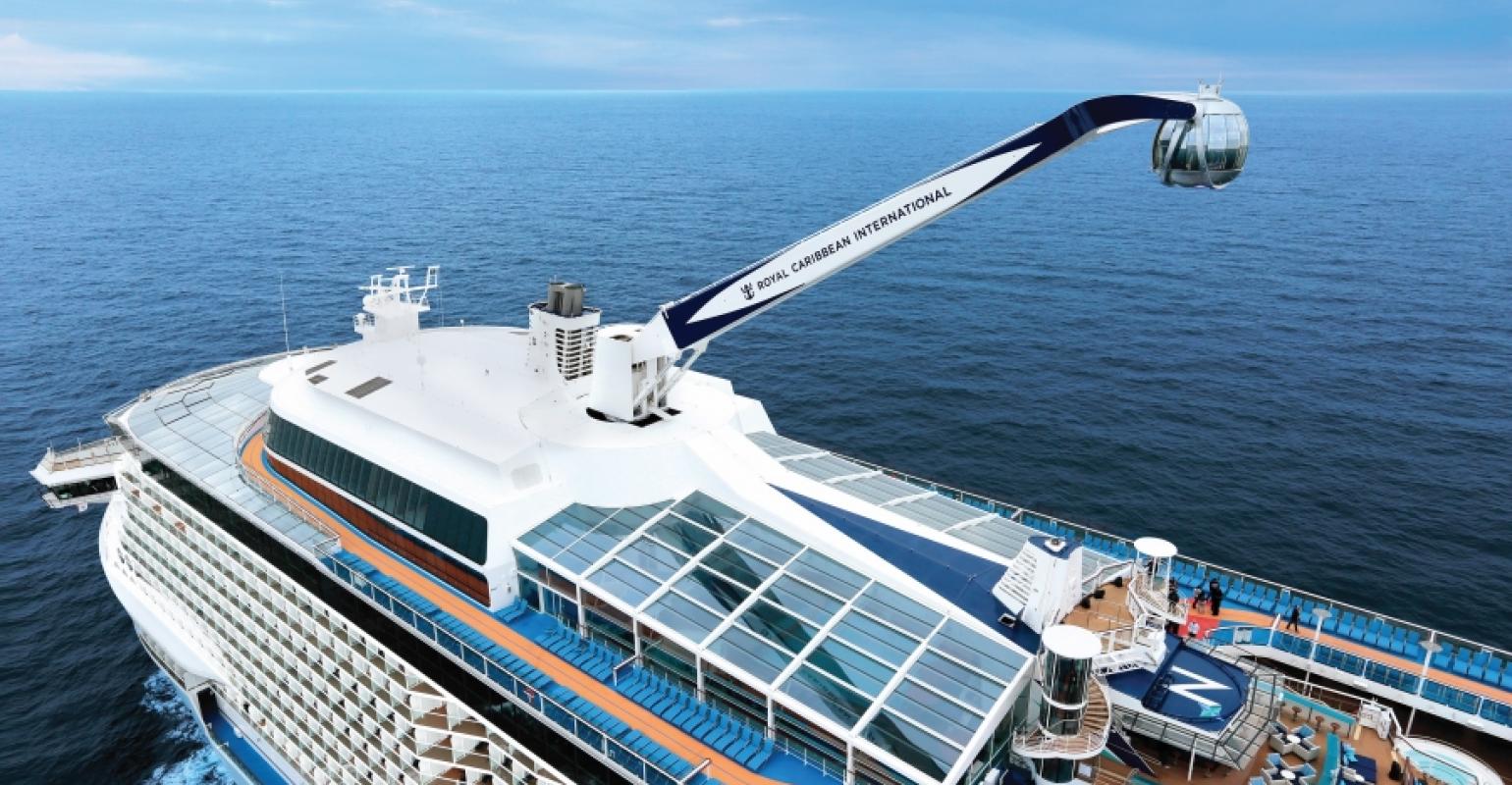 Ovation of the Seas homeporting in China, Australia and now Singapore in 2017

Royal Caribbean International's Ovation of the Seas’ carrying 4,905 guests made its maiden call in Singapore today and to mark the arrival the company announced that the ship will use Singapore as a short seasonal base in March/April 2017.

'The vessel’s deployment reaffirms our commitment to Singapore and the region, and the bright future we see for the region’s cruising industry,' commented Royal's svp international, Gavin Smith.

Over her 10 sailings from March to April 2017, out of the Marina Bay Cruise Centre (MBCC), Ovation of the Seas is expected to add some 42,000 additional guests to the Singapore cruising scene, and delivering millions through in-port spend.

She will offer return trips ranging from 3 to 5 nights to Penang, Phuket, Bangkok (Laem Chabang), and a one-way cruise to Tianjin with calls at Ho Chi Minh City (Phu My) for an overnight, Hue/Danang (Chan May), Hong Kong and Seoul (Incheon).

Making history as the first international cruise line to deploy a brand new ship to Asia for homeporting, Ovation of the Seas was delivered in April.

Smith also flashed back to RCI having brought the first cruise ship to MBCC the Voyager of Seas was the inaugural vessel to grace the terminal in 2012. Ovation of the Seas will be the largest and most technologically-advanced ship to call Singapore home next year.

Yap Chin Siang, assistant chief executive (Policy and Planning), Singapore Tourism Board, said: 'The homeporting of Ovation of the Seas is a testament to the appeal of cruising from Singapore. It is also very timely - the upcoming Visit ASEAN@50 celebrations in 2017 will highlight the best of Southeast Asia, and cruises offer the perfect way to experience the warm hospitality of the region.'
STB viewed the homeporting of Ovation in Singapore as a new milestone in long-standing relationship with Royal caribbean which began in 2007, he said.

A tripartite marketing partnership with the Changi Airport Group which runs till 2018 is estimated to bring in some 170,000 visitors and S$100m in tourism receipts.

'We also hope that this deployment will spur the region to enhance cruise infrastructure to accommodate more ships like the Ovation. As the lead co-ordinator for cruise at ASEAN, Singapore will continue to work with our neighbours to develop our region into a preferred cruising destination,' added Yap.

Ovation of the Seas embarks on a 3-night cruise to Kuala Lumpur (Port Klang) tomorrow with a record 4,576 guests on a cruise ship from Singapore. She will then depart for her summer  ex-China season out of Tianjin on a 12-night repositioning sailing on June 12, calling at Ho Chi Minh City (Phu My), Hong Kong (overnight), Xiamen and Seoul (Incheon).

The Ovation of the Seas’ maiden was marked by a plaque and key ceremony held in the presence of over 200 government and industry partners, with Lionel Yeo, chief executive of Singapore Tourism Board, Alexander Hungate, president and ceo of SATS, and Ovation of the Seas’ Captain Flemming Nielsen. The ship’s Singapore call marked the end of her 14-night cruise from Dubai to Singapore.