HomeNewsOvation of the Seas may have to anchor in Auckland
Recent
News
Recent News
Fred. Olsen scraps passenger mask-wearing mandate, Balmoral reenters service
May 19, 2022
Ambassador launches 2023/24 Ambience and Ambition itineraries
May 19, 2022
Cruise Europe delegates told to keep talking, now more than ever
May 19, 2022
Atlas to benefit from incentive thanks to Panama homeporting
May 18, 2022

Ovation of the Seas may have to anchor in Auckland 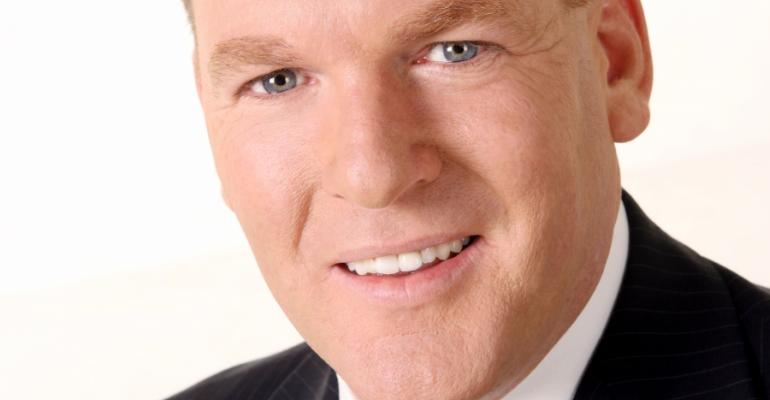 Royal Caribbean International’s Ovation of the Seas may have to drop anchor in Auckland’s Waitemata Harbour, also referred to as Auckland Harbour, when she makes her maiden call to the port on December 24, 2016.

Itineraries for the 168,666gt vessel's inaugural Down Under season, just announced, also include a sailing from Sydney to Auckland on January 9, 2017.

As previously reported, at 348mtr Ovation is too long to berth at Auckland’s two current cruise ship terminals, Princes and Queens Wharves, which can only take ships up to around 320mtr.

RCI has been negotiating with Ports of Auckland, owned by Auckland Council, to find an alternative berth since the council announced it had suspended plans for a B3 extension on one side of its Bledisloe container wharf for cruise ships.

‘At this stage, Royal Caribbean International anticipates that the ship’s almost 5,000 guests will be disembarked by tender when the ship arrives in Auckland,’ RCI regional vp Asia Pacific, Gavin Smith, said.

‘Disembarkation by tender is not the cruise line’s preferred option for that number of guests, however Royal Caribbean was determined to include Auckland in the ship’s Australasian itineraries,’ Smith said.

‘Auckland has always been a key destination for our guests on New Zealand itineraries and we look forward to allowing our guests to experience all that the beautiful harbour city has to offer.’

Smith said Royal Caribbean ‘remains hopeful’ that another berthing option may become available by the time the ship arrives in December next year.

He said Ovation of the Seas, which will be the biggest cruise ship to visit New Zealand, will use tenders at Bay of Islands, while it will berth alongside wharves in Dunedin, Wellington, Picton, Napier and Tauranga.