Ovation of the Seas to showcase Forbidden City treasures 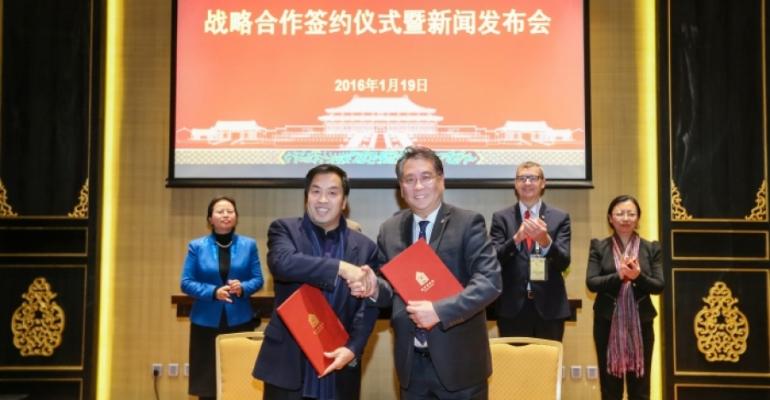 When it enters service in China, Ovation of the Seas will host expert lecturers from the Forbidden City's Imperial Palace Museum and display signature pieces from the palace collection.

These and other initiatives were announced as part of an agreement between Royal Caribbean International and the Palace Museum, announced during a signing ceremony in the Forbidden City’s Jianfu Palace.

Ovation of the Seas is set to debut in April and will cruise from Tianjin, the port for Beijing, starting in June.

'We are proud of the extensive collection of art and relics that represent the imperial treasures of the Ming and Qing dynasties and it is our goal at the Palace Museum to showcase the traditional Chinese culture to people all over the world,' said Shan Jixian, director of the Imperial Palace Museum. The partnership with Royal Caribbean will further this objective, Shan said, expressing the hope that this effort will be expanded.

Ovation of the Seas will join Quantum-class sister Quantum of the Seas in China. Shortly after delivery from Meyer Werft, the new ship will sail from Southampton to China on a 53-day voyage.