Ovation of the Seas still tendering in Auckland is ‘astounding’ 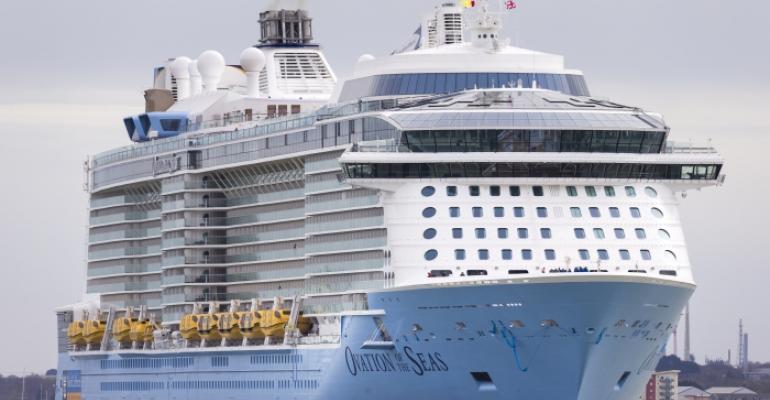 Tendering in Auckland is not the preferred option for Ovation of the Seas' almost 6,500 passengers and crew PHOTO: Royal Caribbean
‘The fact that we are still tendering Ovation of the Seas in Auckland during the 2019-20 season remains quite simply astounding,’ Chairman Debbie Summers told the 260 delegates at NZCA 2019.

Summers was referring to Royal Caribbean International’s 168,666gt megaliner which had to drop anchor in Waitemata Harbour when she made her maiden visit to Auckland in December 2016 because at 348 metres she was too big to berth at Queens Wharf.

Although disembarkation by tender is not the cruise line’s preferred option for almost 6,500 passengers and crew, it acknowledges that Auckland is a key destination on New Zealand itineraries and has been forced to anchor in the harbour ever since.

In April this year plans to build two 15 metre by 15 metre concrete mooring structures fixed to the seabed at Queens Wharf were approved, which would have allowed Ovation of the Seas to berth safely.

However, due to some local opposition these plans have been put on hold and an Environment Court appeal hearing is not due until next March.

Could Lyttelton get Auckland turnarounds?

NZCA’s Founding Chairman Craig Harris said the cruise ship facility that will open in Lyttelton in November 2020 could replace Auckland for turnarounds if the problem is not fixed.

Despite the Queens Wharf setback, Summers said the cruise industry continues to grow.

Footnote: Summers paid tribute to Alison O’Sullivan, NZCA’s CEO Kevin O'Sullivan's wife of more than 40 years who took the minutes at board meetings until her recent death.