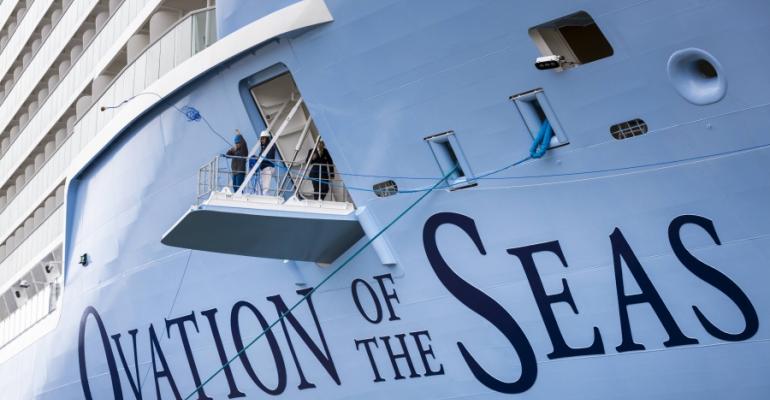 Ovation of the Seas to extend first two seasons in Australia

The decision to extend Ovation of the Seas' season Down Under has nothing to do with a surplus of ships in China but, rather, avoids the unpredictable winter weather in North Asia, a senior Royal Caribbean executive told Seatrade Cruise News.

There has been speculation about Royal Caribbean’s decision to extend Ovation of the Seas’ first two seasons in Australia, reported here earlier this week.

RCL Cruises Australia and New Zealand md Adam Armstrong, who returned to Sydney from the UK yesterday, said it is more about winter cruising in China.

Armstrong said the market in China is massive with huge potential and that the increasing number of ships operating there are doing little to increase the penetration rate of 0.1%.

He said the company moves its ships to follow the sun and Australia is the perfect place to put a ship during the Chinese winter.

Pricing is hard to compare because cruises in China are very different from those in Australia, Armstrong added.

‘It is short cruising versus longer cruising,’ he said, with three- to five-night durations in China and 10 to 14 nights in Australia.

‘However, the pricing we get in China in summer is higher than we get in the summer in Australia,’ he said.

While pricing is still high in China during winter, the market is very immature and a lot of work has to be done to educate local travel agents.

‘This is where we can compete with the other ships based in China in winter,’ Armstrong said. ‘It becomes a much better option to have the ship in Australia.

‘As the Chinese market develops, I can see us having more ships there in winter.’