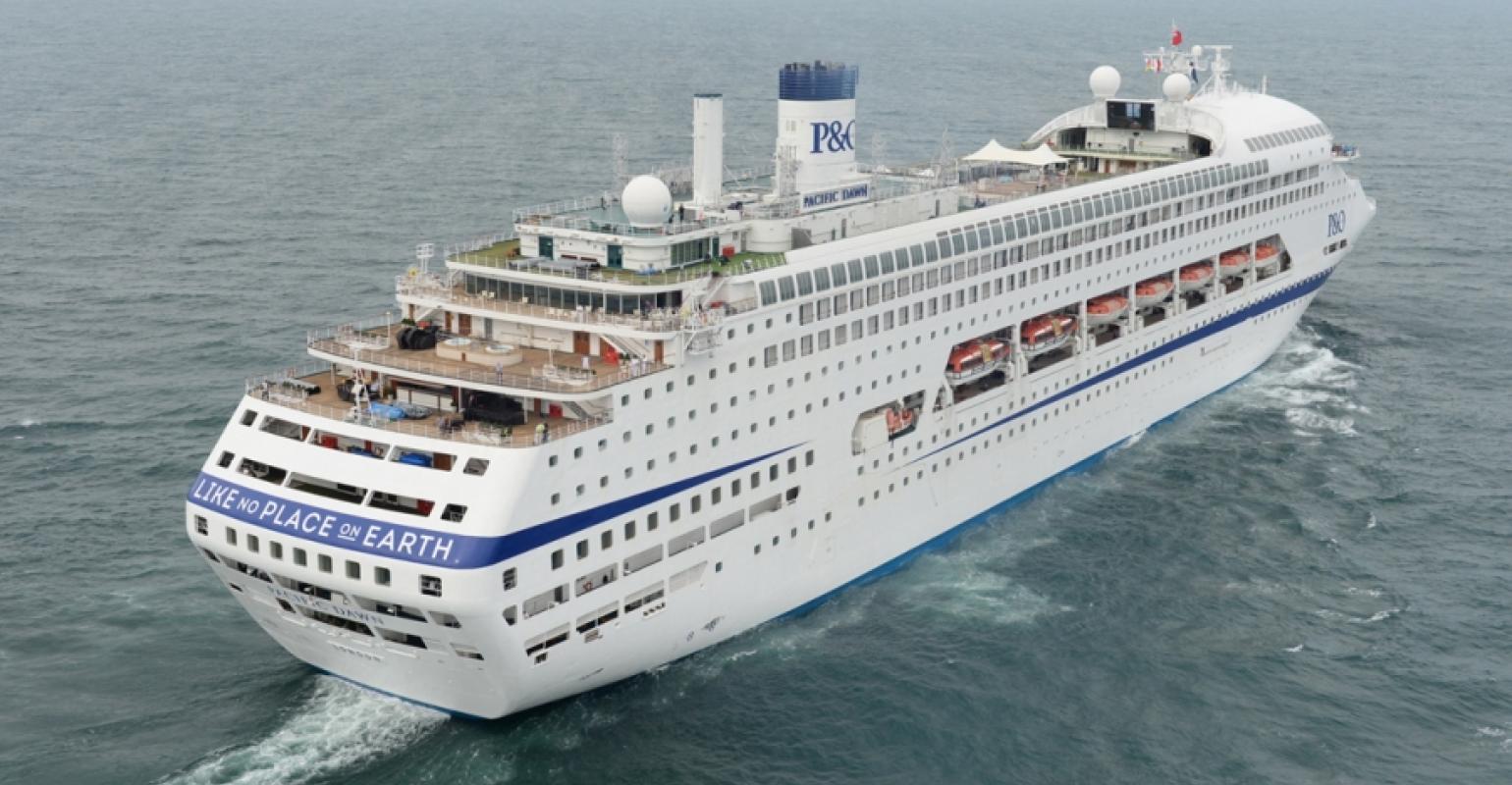 After a multimillion-dollar 10-day drydock at  the Garden Island Dockyard in Sydney, Pacific Dawn has set sail in the company’s new livery.

The navy and white colours on the ship’s side, with ‘Like No Place on Earth’ emblazoned across the stern, will be rolled out across the entire P&O Cruises Australia fleet.

Pacific Dawn, which is based in Brisbane, is also the second ship in the fleet to feature the action-packed P&OEdge Adventure Park, launched on board Pacific Jewel in Sydney in September last year.
A new addition is a hair-raising opportunity to ‘Walk the Plank’ over the side of the ship with passengers wearing a safety harness.
Announcing details of the ‘new look’ Pacific Dawn, P&O Cruises Australia’s snr vp Tammy Marshall said the company is entering a ‘very exciting period,’ with the former Holland America Line’s Ryndam and Statendam joining the fleet in November next year as Pacific Aria and Pacific Eden.
Copyright © 2020. All rights reserved.  Seatrade, a trading name of Informa Markets (UK) Limited.
TAGS: cruise lines
0 comments
Hide comments
Related