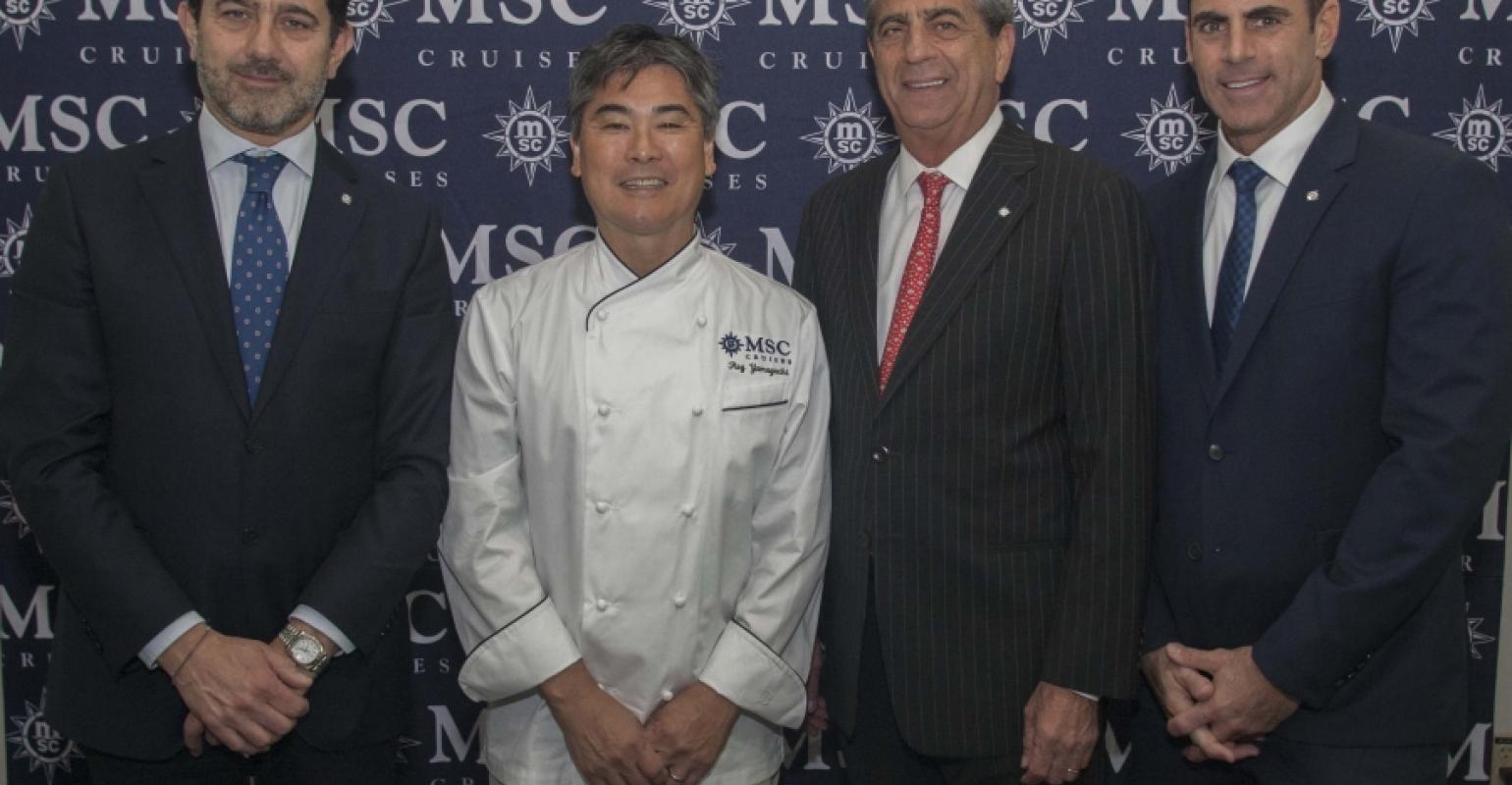 MSC Seaside will feature a gourmet pan-Asian restaurant conceived by the celebrated chef Roy Yamaguchi, who created Hawaiian fusion cuisine. The news was announced this week during an appearance and culinary demonstration by Yamaguchi at Seatrade Cruise Global.

The chef will be personally involved in conceptualizing and designing every element of the restaurant. This includes creating the recipes and menus, selecting the china and even the paper stock for the menus, choosing music to create the right ambience and deciding the wines to complement the food.

In addition to featuring a variety of Yamaguchi’s gourmet pan-Asian-style dishes, the restaurant will include a sushi, sashimi and raw bar, plus a space with teppanyaki grills where diners will be able to sample a variety of cooking styles, ranging from traditional Japanese to Malaysian to Thai and Korean, while being entertained by the chefs who cook in front of them.

Yamaguchi, a recipient of the prestigious James Beard Award, among other honors, has 30 Roy’s Restaurants, including 28 in the US, one in Guam and one in Tokyo. He has hosted six seasons of the 'Hawaii Cooks with Roy Yamaguchi,' seen in more than 60 countries.

'Our heritage lies in the Mediterranean, where a passion for food is a way of life and we seek to bring this to life every day for our guests with always fresh, authentic food of the highest quality,' MSC Cruises ceo Gianni Onorato said.

MSC Seaside will have nine eateries featuring cuisines from around the world, including a luxury fish restaurant with a chef’s table and an international steak house serving beef that's dry-aged on board.

MSC Seaside is scheduled to enter service from PortMiami in December 2017.