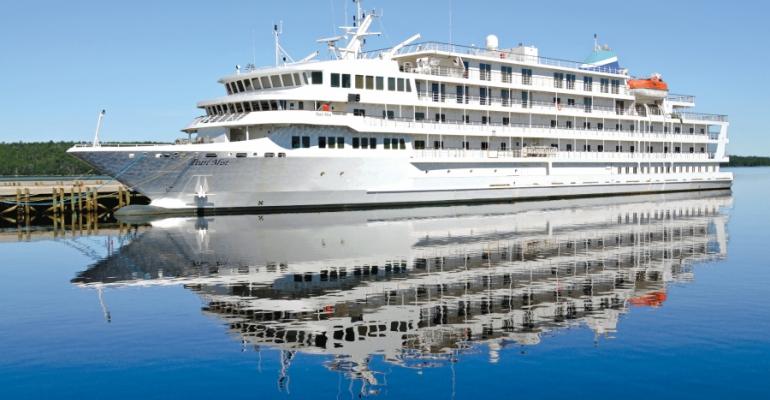 'Pearl Seas is international. [Miami] is where the cruise industry is centered and it makes sense for us to have an office there,' Robertson said.

It hasn't been decided who will staff the office but the company will likely be hiring and probably one or two people will represent sister brand American Cruise Lines.

Pearl Seas Cruises and American Cruise Lines are based in shared headquarters in Guilford, Conn.

The 210-passenger Pearl Mist is registered in the Marshall Islands. It's currently sailing its fifth cruise and 'doing extremely well,' Robertson said.

Inaugural season destinations include the Great Lakes and Georgian Bay, the Canadian Maritimes and the St. Lawrence Seaway, embarking from ports including Toronto, Chicago, Montréal, Québec City and Portland, Maine.

In November/December, prior to its Caribbean season, Pearl Mist will go into a shipyard—perhaps in Norfolk or in Jacksonville, Fla.—for additional work to include painting and interior decorating, HVAC and 'a whole lot of small stuff, mostly cosmetic,' in Robertson's words.

The ship's Caribbean season is due to begin in March from San Juan.

American Cruise Lines operates US-flag river and coastal ships including Queen of the Mississippi, Queen of the West, Independence, American Star, American Spirit and American Glory, and is building a second 150-passenger Mississippi paddlewheeler scheduled to begin cruising in spring 2015.

The boat is under construction at Chesapeake Shipbuilding in Salisbury, Md.