PenaVega 'godfamily' names Symphony of the Seas at PortMiami 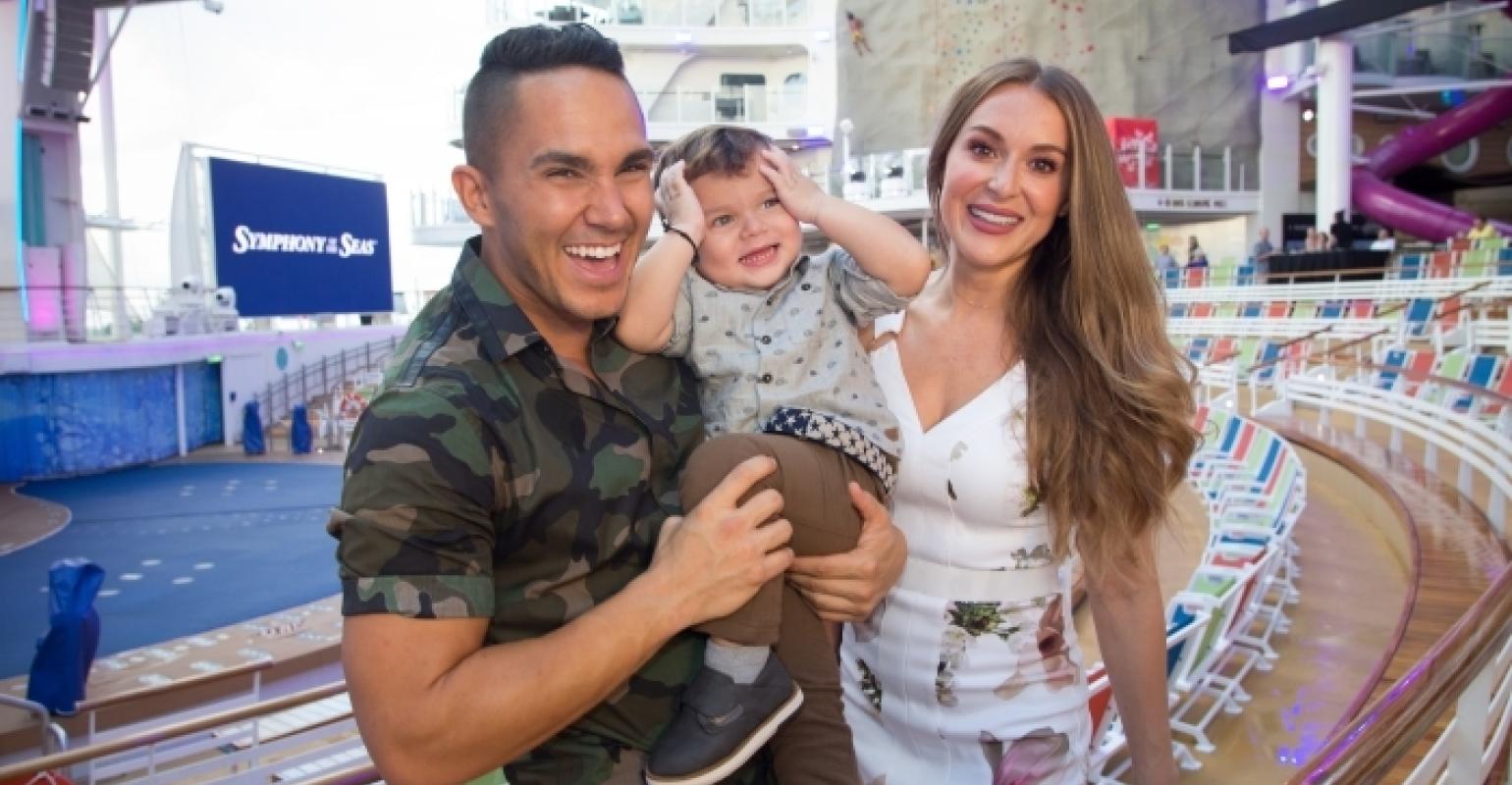 Carlos and Alexa PenaVega with son Ocean did the naming honors for the world's largest cruise ship
The littlest member of the godfamily fussed at the last minute, but his parents Carlos and Alexa PenaVega helped son Ocean press the button that sent Champagne smashing on the hull of Symphony of the Seas. And so the world's largest cruise ship was officially christened at PortMiami Thursday night.

Symphony makes No. 25 in the Royal Caribbean International fleet.

Alongside the new Terminal A

With almost 1,000 guests looking on, the ship was named dockside at Royal Caribbean's newly opened, futuristic Terminal A. It was a return to outdoor festivities for the line, which in recent years has held naming ceremonies inside its ships.

The entertainment ranged from a pipe and drum corps—it wouldn't be a Royal Caribbean naming without that—to an electronic violinist who serenaded the crowd throughout the ceremony, to a stunning sail-away performance by nearly 400 choreographed drones. (Aboard Symphony, the spectacular '1977' ice skating show features 48 choreographed drones.)

Miami touches included Florida International University’s Marching Band kicking off the celebration, while students from Miami Southridge Senior High headlined the occasion on stage with a rousing drumline performance. Through Royal Caribbean’s partnership with the Grammy Museum, Miami Southridge was one of 20 high schools within the Miami-Dade County Public School District that received a Royal Caribbean-funded grant through the Grammy Museum Signature Schools program, which supports music education in underserved high schools.

Since Symphony is touted as the ultimate family vacation, it was fitting the PenaVega family, actors and Royal Caribbean proponents, named the ship. This was the second 'godfamily' naming in recent months, following AIDAnova's in Papenburg, by a German family, on Aug. 31.