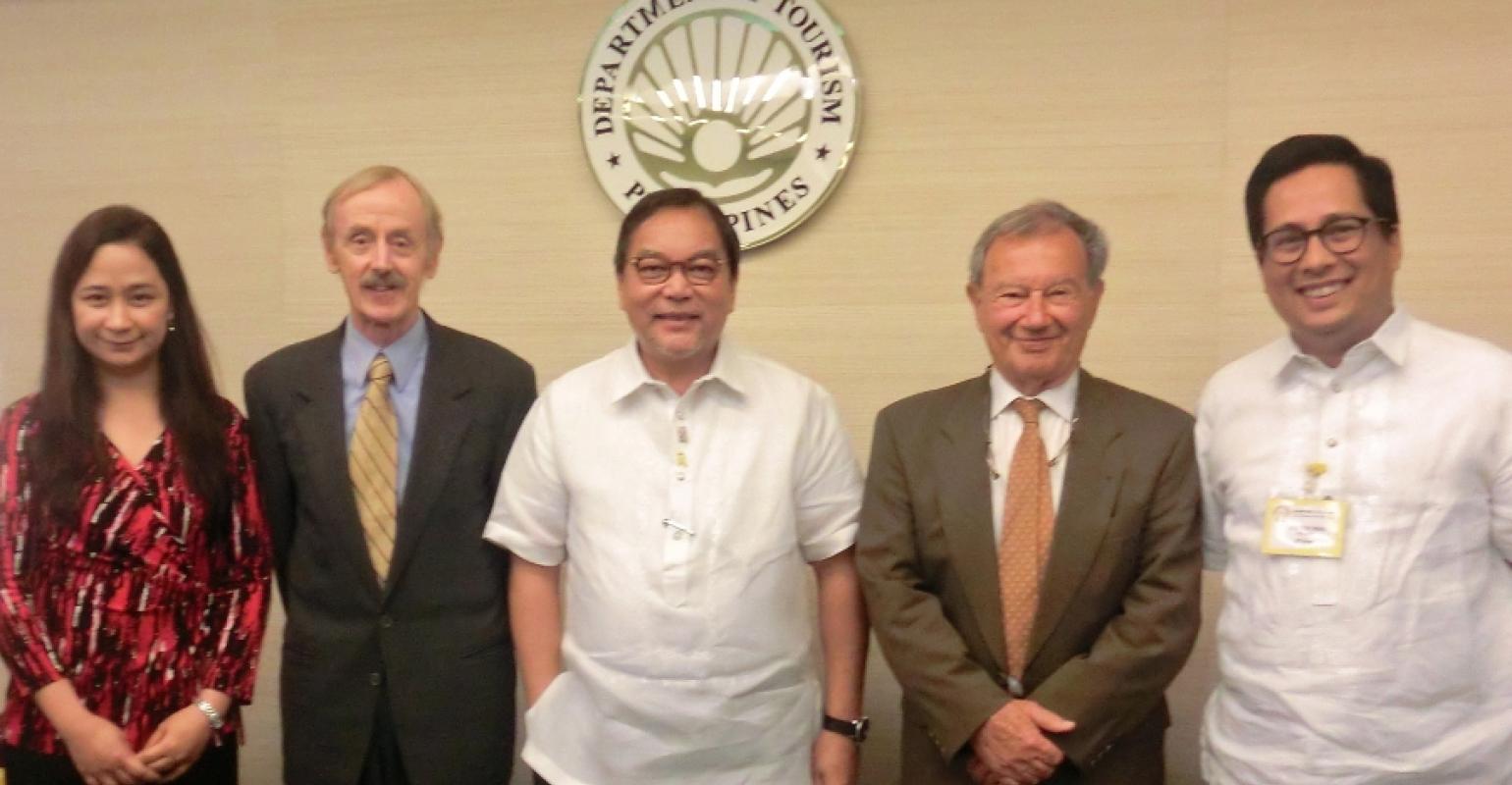 At the time negotiations were still under way and Blamey was not at liberty to name the client.

Now we can reveal his latest project is to assist the Philippines Department of Tourism to grow the number of international cruise ship visits. It is being funded by USAID in its programme ‘Advancing Philippine Competitiveness.’

Blamey has already had a round of meetings with government, private sector and funding executives and has visited the country’s cruise ports. He is also investigating other potential cruise ship destinations.

‘With the massive increase in deployment of ships to Asia, the search is naturally on for enticing destinations that offer guests something new,’ he said. ‘As shown in our Asia Cruise Trends work published by CLIA, the Philippines is only attracting 77 calls in 2015. Yet it has real potential on several fronts—access, infrastructure, geography, attractions and determination to succeed.’

Blamey said although there is still a great deal of work to be done, he is optimistic a strategy can be built to serve the interests of cruise lines and their passengers and the Philippine people and their economy.

‘We are committed to making the Philippines cruise-ready and cruise-friendly,’ said Rolando (Alan) Canizal, assistant secretary of tourism. ‘This strategy will be very valuable in helping us to do so.'

John Avila of USAID said the project aims to provide strategic directions to the Philippine government and private sector in developing the cruise tourism industry, both for large and pocket cruises.

‘We are excited about the possibilities for cruise,’ Avila said.

Blamey said he is impressed by the professionalism and enthusiasm of everyone involved.

‘Here is a new address for cruise ships,’ he said.