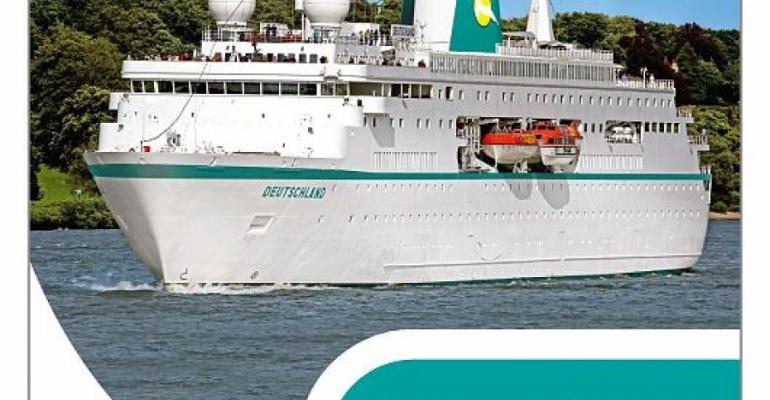 In an unexpected move Phoenix Reisen is bringing the former Peter Deilmann ship Deutschland home to Germany to operate on charter for several summers.

Deutschland has been sailing as World Odyssey for Semester at Sea since September.

It will commence its first summer charter for Phoenix Reisen on May 14, under the Deutschland name. Cruises will be sold exclusively on the German-speaking market.

The Phoenix Reisen move came as a surprise. The return of Deilmann's former flagship to the German market seemed unlikely after a brief but successful time-charter to Plantours had ended in August and the ship was prepared for its new Semester at Sea charter.

World Odyssey is scheduled to conclude her voyage for Semester at Sea on April 16 in Southampton. The ship will undergo an overhaul to install French balconies on Decks 7 and 8. This work had been planned by Deilmann but was never carried out.

Following the overhaul, Deutschland will sail with Phoenix Reisen livery. Its program for the operator will end on Sept. 7 in Bremerhaven. A few days later, the ship is to resume service for Semester at Sea in Southampton.

Though no details have been released, Phoenix Reisen plans to charter the ship seasonally in coming years, working around the Semester at Sea program.

Managing director Benjamin Krumpen said Phoenix Reisen is glad to bring Deutschland home. It is among the best-known cruise ships in Germany thanks to a longstanding role in the television series 'Das Traumschiff, Germany's equivalent to 'The Love Boat.'

Bremerhaven will be the homeport during summer 2016 for cruises of five to 23 days to destinations in Denmark, Norway, the Baltic, Svalbard, the UK and Ireland. Prices start at €499 for a five-day cruise to Denmark.

Sea Chefs will handle the catering.

A catalog will be released at the end of next week but bookings are already open. According to the Phoenix Reisen website, the maiden cruise to Norway from May 14-21 is already sold out and wait-listed.