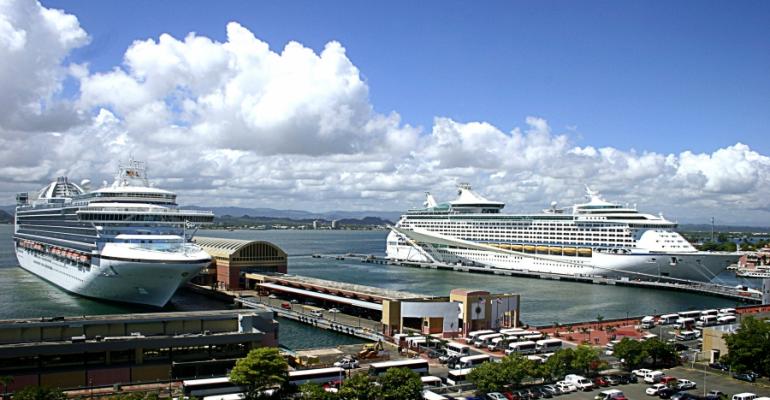 The expansion of Pier 3 in Old San Juan to handle Quantum- and Oasis-class ships is 'the most important project in decades aimed to develop the cruise market in Puerto Rico,' according to Victor Suárez-Meléndez, executive director, Puerto Rico Ports Authority.

The $8.7m project will take Pier 3 from 1,300 feet to 1,500 feet by virtue of new mooring dolphins, and upgraded fenders will cushion the mass of the world's largest cruise ships.

The greater pier capacity gives the potential to draw hundreds of thousands of additional passengers and crew whose spending will have a positive impact on the economy, Suárez-Meléndez said, citing recent figures showing each cruiser spends an average of $100 per day and each crew member $120.

Being able to draw ships of the Quantum and Oasis classes make this pier expansion 'crucial to boost tourism,' Suárez-Meléndez told Seatrade Insider.

Quantum of the Seas is scheduled to arrive in December on an 11-night southern Caribbean cruise and in January, February and March on eight cruises of eight to 11 nights, all round-trip from Cape Liberty in Bayonne, N.J. Anthem of the Seas will make its first call in November 2015. So far, no Oasis-class ship calls have been announced for San Juan.

The facility is being lengthened by adding a new mooring dolphin at the end of the pier and extending catwalks to that, and replacing dolphins at the bow, according to Frank Tejidor, senior project manager for B&A in Miami. Fenders to handle Oasis-size ships are being installed, too.

The work is scheduled for completion by the end of October, he said.

No new dredging was needed because that was carried out earlier.

According to Tejidor, designing around the existing pier structure was a challenge. Design work began in January 2013 and was completed in June last year. Construction officially started in December.

Port authority chief Suárez-Meléndez said the construction created 135 direct jobs and will inject at least $13m a year into the economy.