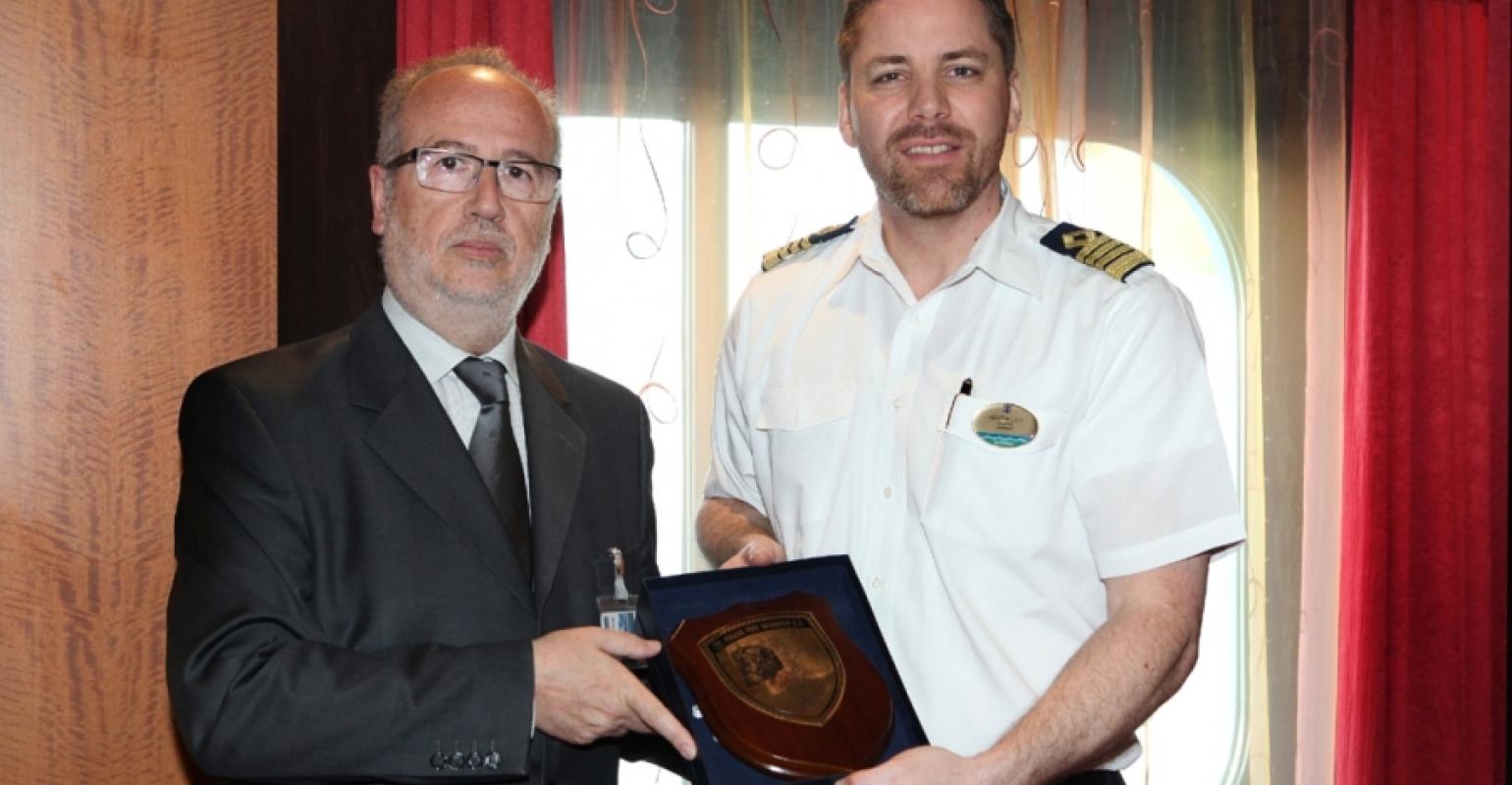 Piraeus welcomes Ovation of the Seas

168,000gt Ovation of the Seas called at the port of Piraeus, en-route to her new home base in China.

During the formal ceremony PPA general manager Stavros Hatzakos handed the honorary plaque and gifts (of books) to the master Capt. Henrik Loy.