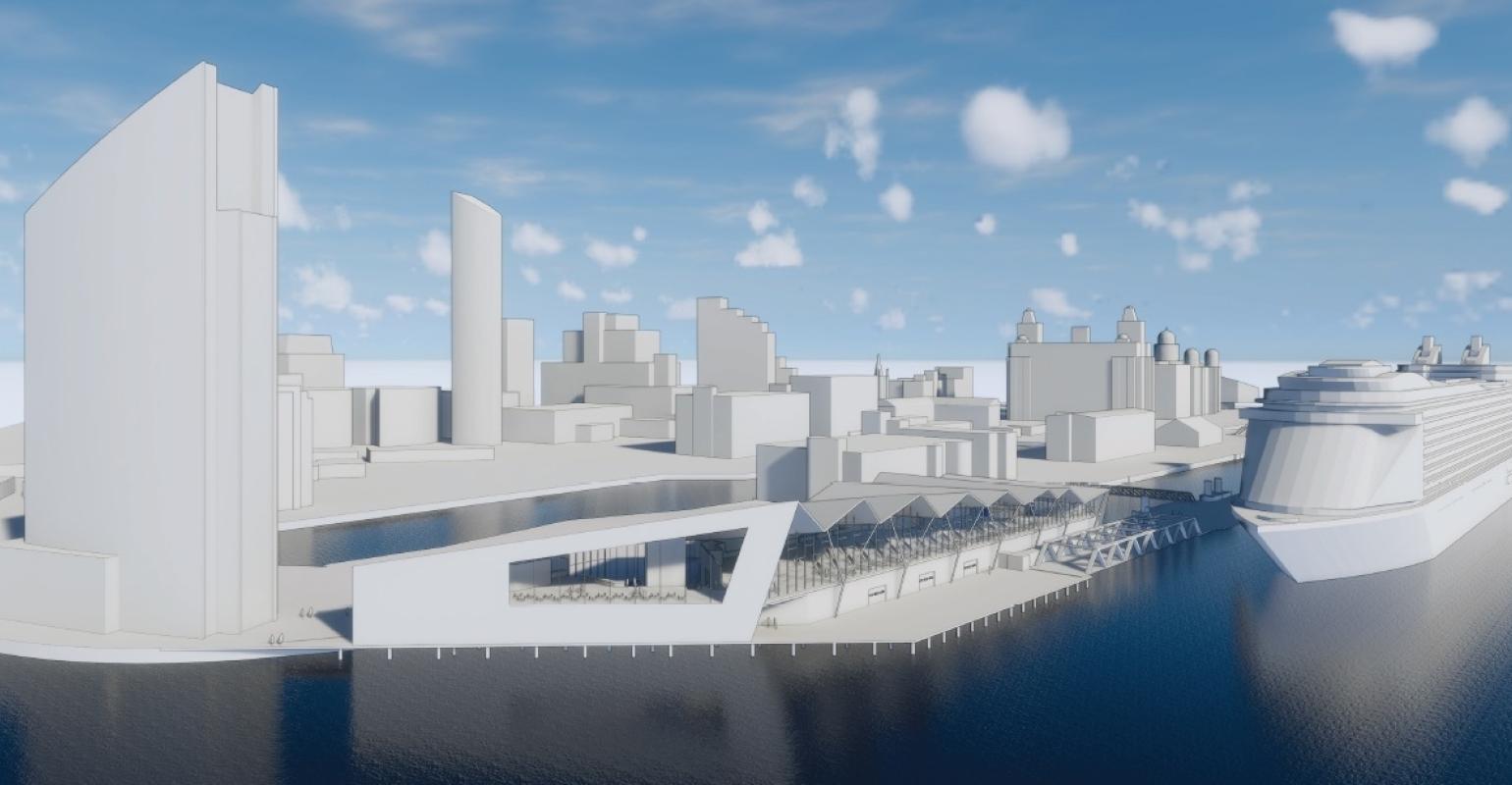 Plans for a permanent cruise facility in Liverpool moving fast

Liverpool City Council, which operates the existing, 10-year old facility, and its partners, are preparing a planning application which could be considered in January 2018. Approval then would give the green light to start on site next spring.

Liverpool says it is seeking to create ‘an international standard’ permanent facility at a site next to its current cruise pontoon and shoreside facilities.

In tandem with preparation of the planning application, the City Council also confirmed that it is currently inviting tenders to select a Design and Build Contractor to construct the facility with a closing date for submissions of December 14.

Tenders are also being assessed for the site investigation works needed at the preferred site, which has been gifted to the council by port owners and operators Peel. The council is also in the process of promoting a Harbour Revision Order through the Harbour Authority to construct the new terminal in the River Mersey.

The planning application is expected to include the removal of derelict landing stage structures and the construction of the new facility on a suspended deck structure over the river.

‘Further planning applications could potentially include supplemental projects with a new 200 room hotel and 1,700+ multi-storey car park to enhance the city’s capabilities in handling the next generation of turnaround cruises,’ according to a statement from the City Council.

Mayor of Liverpool, Joe Anderson, told Seatrade Cruise News: ‘A new cruise facility is one of the city’s most important regeneration projects of this decade and is vital to growing Liverpool’s tourism economy. We want to provide the next generation of cruise ships and their passengers a world class welcome with a five-star experience.’