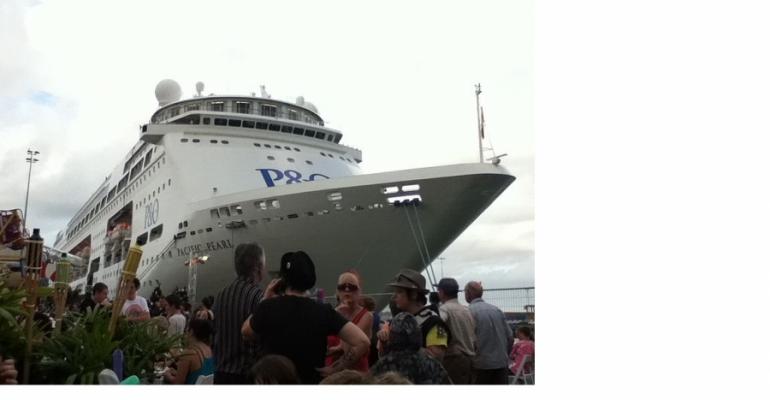 The renaming of Pacific Pearl in Auckland in December 2010

Mystery surrounds today’s announcement that a commercial arrangement has been reached to transfer P&O Cruises Australia’s Pacific Pearl in April 2017.

When Seatrade Cruise News asked if the new owner is part of Carnival Corp. & plc, a spokeswoman said ‘Sorry, the details are confidential.’

In that time she will have completed 294 cruises under the P&O banner and will have carried more than half a million passengers over a period of more than five years’ service.

Pacific Pearl was the first cruise ship to be homeported in New Zealand, growing the local market by more than 20% over the past four years. This year the company will sail from Auckland for a record 140 days.

The former Ocean Village One, Pacific Pearl was renamed in Auckland on December 19, 2010, and moved to Sydney after an extended southern summer season in New Zealand.

Following Pacific Pearl’s departure, Pacific Jewel will be based in Auckland for two months from September 1, 2017, and will return again in 2018.