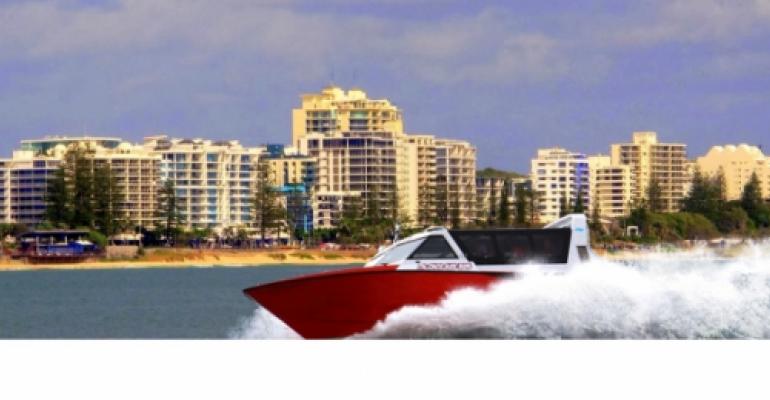 It was part of Carnival Australia’s pioneering efforts to open up regional ports around the country.

In fact, Pacific Pearl was due to make a ‘destination test drive’ to Mooloolaba, 97km north of Brisbane on August 14 last year. However, that call was cancelled due to severe weather.

Pacific Pearl returned to Mooloolaba again in August and October.

Now Sunshine Coast Destination ceo Simon Ambrose has announced there will be 10 calls at Mooloolaba from next month until September 2016, bringing more than 17,000 passengers to the tender port.

Ships  anchor off Point Cartwright and passengers are transferred by tenders to the Underwater World Sea Life Aquarium jetty.

He said there is a wide range of shore activities and that the Sunshine Coast aims to become a favourite destination for cruise ships.