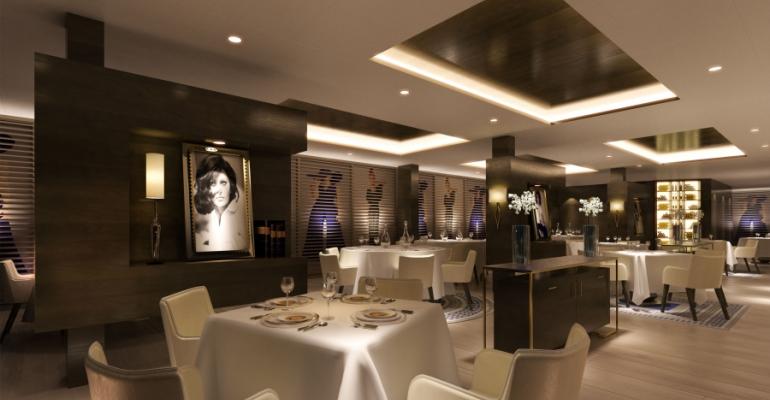 Angelo’s and Dragon Lady will be a highlight of P&O Cruises Australia’s latest ships, Pacific Aria and Pacific Eden, according to svp Sture Myrmell.

The former Holland America Line’s Ryndam and Statendam respectively, these ships will make a spectacular debut on Sydney Harbour on November 25 with the company’s existing fleet of three.

‘The menu at Angelo’s is a first for us and a move away from the traditional trattoria style menus towards more contemporary Italian dining,’ Myrmell said.

‘We’ve considered a mix of classic Italian dishes in the menu, but have also added a very modern take that incorporates the latest trends in Italian dining.’

He said the result is a robust menu with traditional Italian favourites like eight-hour Veal Ossobucco Gremolata, as well as modern specialities like Sicilian-style Fremantle Sardines using Australian produce.

He said both restaurants, which will carry a nominal charge, will be exclusive to Pacific Aria and Pacific Eden.