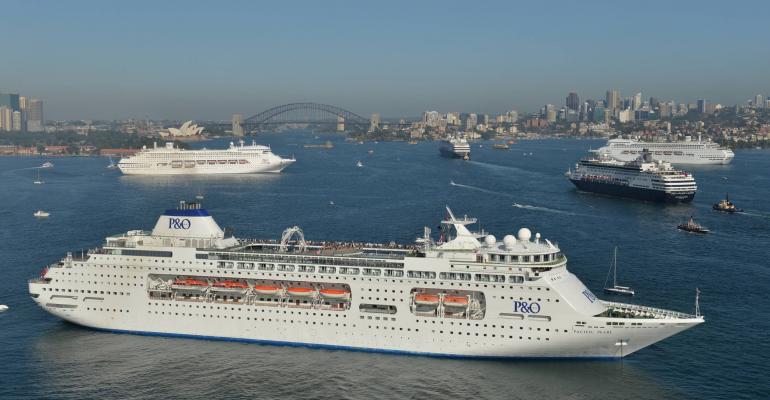 In the year since last November when former Holland America Line ships Pacific Aria and Pacific Eden joined P&O Cruises Australia, swelling the fleet to a total of five resident ships, passenger numbers have soared 55% to more than 460,000.

The introduction of the two ships enabled P&O to open Cairns as a homeport for the first time in September and saw the return of Asian cruise holidays with Pacific Eden offering a season from Singapore.

In 2016 P&O cruised to 17 new ports with Pacific Eden making the bulk of the maiden calls to Gizo in the Solomon Islands; Sabang, Ujung Pandang, Jakarta and Probolinggo in Indonesia; Langkawi in Malaysia; Phuket, Krabi, Ko Chang and Koh Samui in Thailand and Cambodia’s Sihanoukville. The company now visits more than 90 ports in the region.

President Sture Myrmell said the addition of Pacific Aria and Pacific Eden marked a new era for Australian cruising. Their arrival made it possible to extend the itinerary offering and build a wide range of new destinations.

‘It was a big leap to expand our capacity by more than 50% but we knew the demand was there,’ he said.