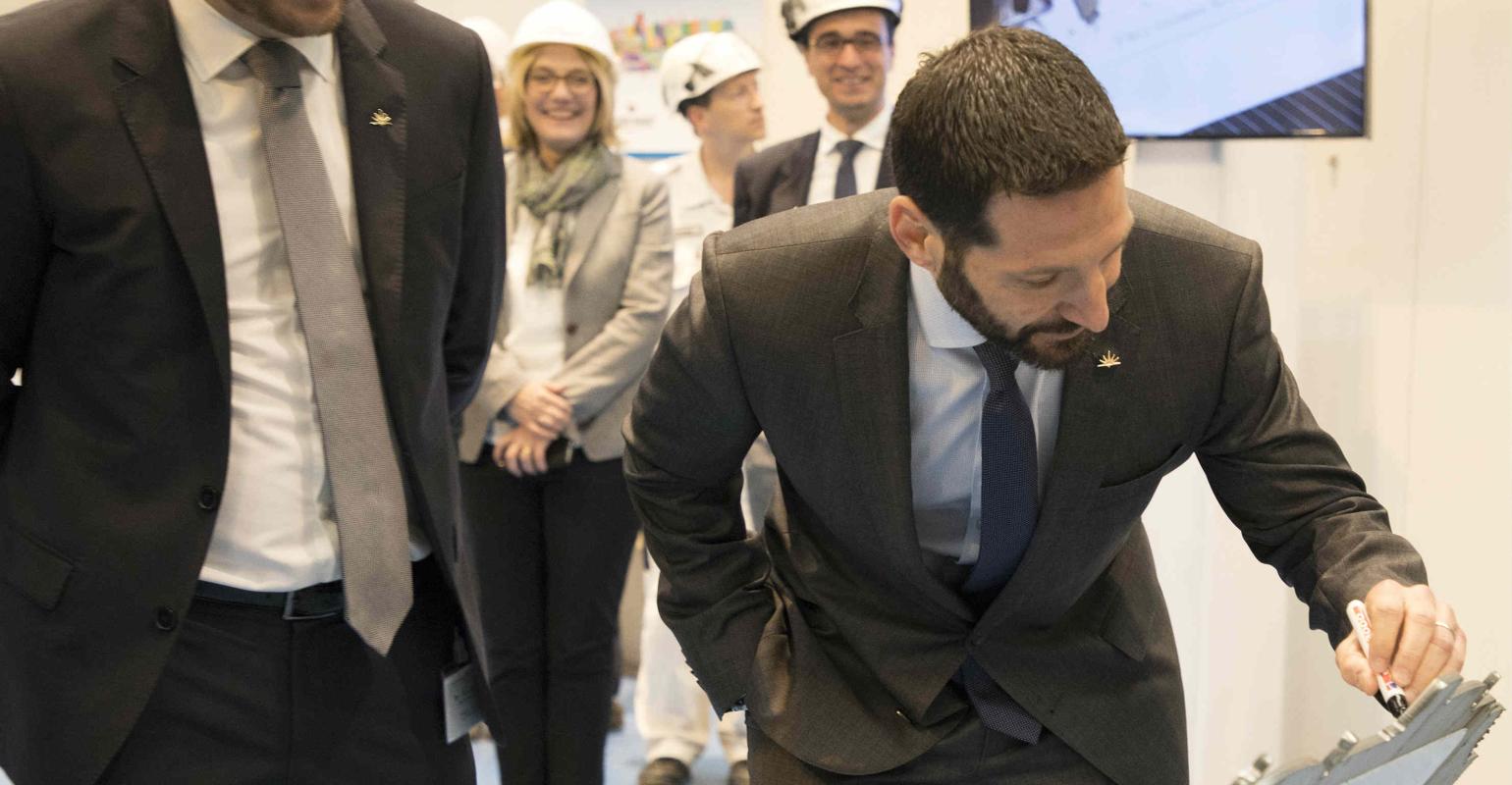 P&O Cruises cuts steel for next newbuild; name reveal on May 24

P&O Cruises will announce the name of its newest cruise ship, due to arrive in 2020, on Thursday.

The UK brand marked an important construction milestone recently as it cut the first piece of steel for its newest ship being built at the Meyer Werft shipyard in Papenburg.

Weinstein said: 'This is the first time in 20 years that P&O Cruises has had a ship built by Meyer Werft and I’d like to thank everyone who has worked so hard to get us to the first stage in the life of this ground-breaking vessel.'

He continued, 'Meyer Werft has an enviable track record of producing genuinely innovative ships which also deliver tremendous levels of operational efficiency and we look forward to continuing our successful partnership over the next couple of years to this ship’s completion in 2020 and beyond.'

Ludlow added: 'Our new ship will be the largest ship ever operated by the brand and the largest ever to be dedicated exclusively to the UK cruise industry. It will also be the first ship in our market to be powered by LNG, the most environmentally-friendly power source yet for large-scale cruise ships.

'With UK passengers numbers set to top two million for the first time this year, we are confident in cruising’s future and believe that there will be an exceptionally positive UK response to this ship and the innovations it will bring.'

P&O Cruises will announce the name of the new ship on Thursday May 24 at 4pm on the company's Facebook page following a competition that the company ran last year when it invited members of the public to suggest a suitable name for the ship. Over 30,000 submissions were received with a panel of experts making the final decision.

P&O Cruises is building a second cruise ship for delivery in 2022 which will also be LNG powered..