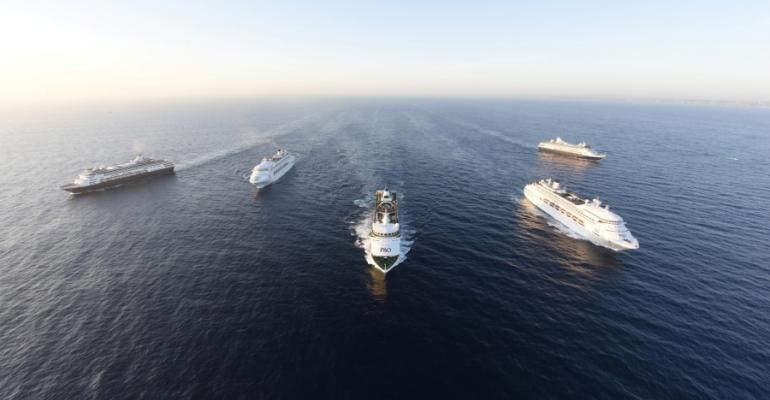 P&O Cruises Australia made history at Sydney Harbour today with a five ship rendezvous, a dual christening and the naming of Pacific Aria and Pacific Eden via twitter which is believed to be a world first.

The ships then entered Sydney Harbour in single file in brilliant sunshine.

When they reached the centre of the harbour Pacific Aria and Pacific Eden sailed either side of Fort Denison where the Australian godmothers, singer Jessica Mauboy and actress Kate Ritchie, simultaneously twittered their official naming.

There was a champagne breakfast and fireworks for guests on Fort Denison who included Arnold Donald, president and ceo of Carnival Corporation & PLC and Stein Kruse, ceo of Holland America Group.

The five ships remained in Sydney Harbour all day, with concerts on board to entertain passengers and a spectacular fireworks display is planned for this evening.