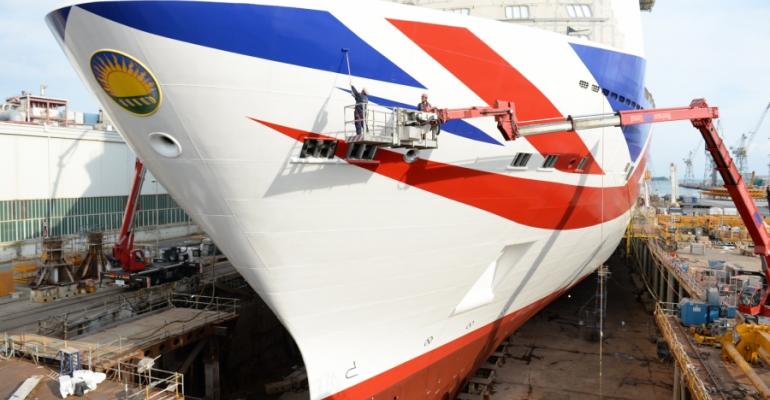 P&O Cruises has put the finishing touches to the brand new livery on Britannia, the largest ship built for Britain, at Fincantieri’s Monfalcone yard.

The ship will also have two distinctive blue funnels carrying an illuminated rising sun motif which depicts the Oriental part of the Peninsular and Oriental (P&O) name on the company’s coat of arms.

Britannia will be officially named in Southampton in March 2015.

P&O Cruises is to update the livery across all eight ships in the fleet.