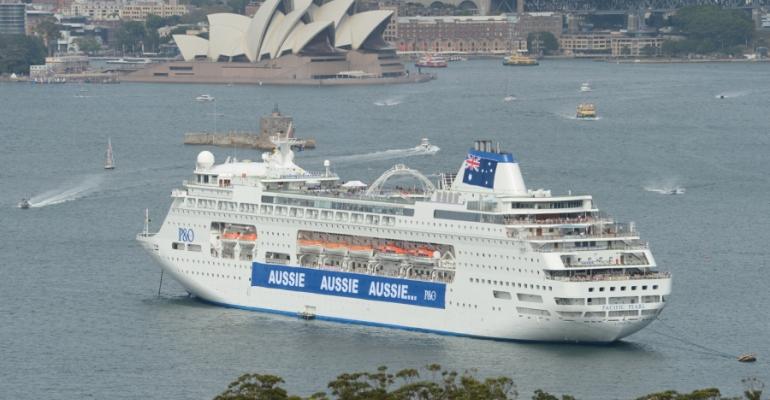 For the first time P&O Cruises Australia’s fleet of three ships will be in Sydney Harbour for the Australia Day celebrations on January 26.
Australia Day is held annually to mark the arrival of the First Fleet at Sydney Cove in 1788 and the raising of the British flag by Capt. Arthur Phillip.
The Royal Australian Navy’s flagship, HMAS Canberra, christened by Prime Minister Tony Abbott last November, will be located between the Sydney Harbour Bridge and the Opera House; there will be a 21-gun salute and a flyover by the Royal Australian Air Force.
P&O has been official sponsor of the Australia Day Harbour Program for three years and the festivities also include a ferry race, a concert on a floating stage and a tug and yacht ballet.
Around 6,000 passengers aboard Pacific Dawn, Pacific Jewel and Pacific Pearl, which will be decorated with decals of the nation’s catchcry ‘Aussie, Aussie, Aussie’ and giant Australian flags, will have a grandstand view of all the action.
The trio will sail through Sydney Heads at 5:30 a.m., with Pacific Dawn anchoring at Kurraba Point, Pacific Jewel at Athol Buoy and Pacific Pearl at Point Piper.
‘We’re as Australian as meat pies and kangaroos so we are thrilled to bring our entire fleet into Sydney’s iconic harbour for the first time on our national day,’ P&O Cruises Australia’s vp Tammy Marshall said.
She said Pacific Pearl will blast her horn for the start of the Tall Ships Parade and in the evening there will be a fireworks display between the three ships.
Copyright © 2022. All rights reserved. Seatrade, a trading name of Informa Markets (UK) Limited.
TAGS: ports & destinations cruise lines
0 comments
Hide comments
Related