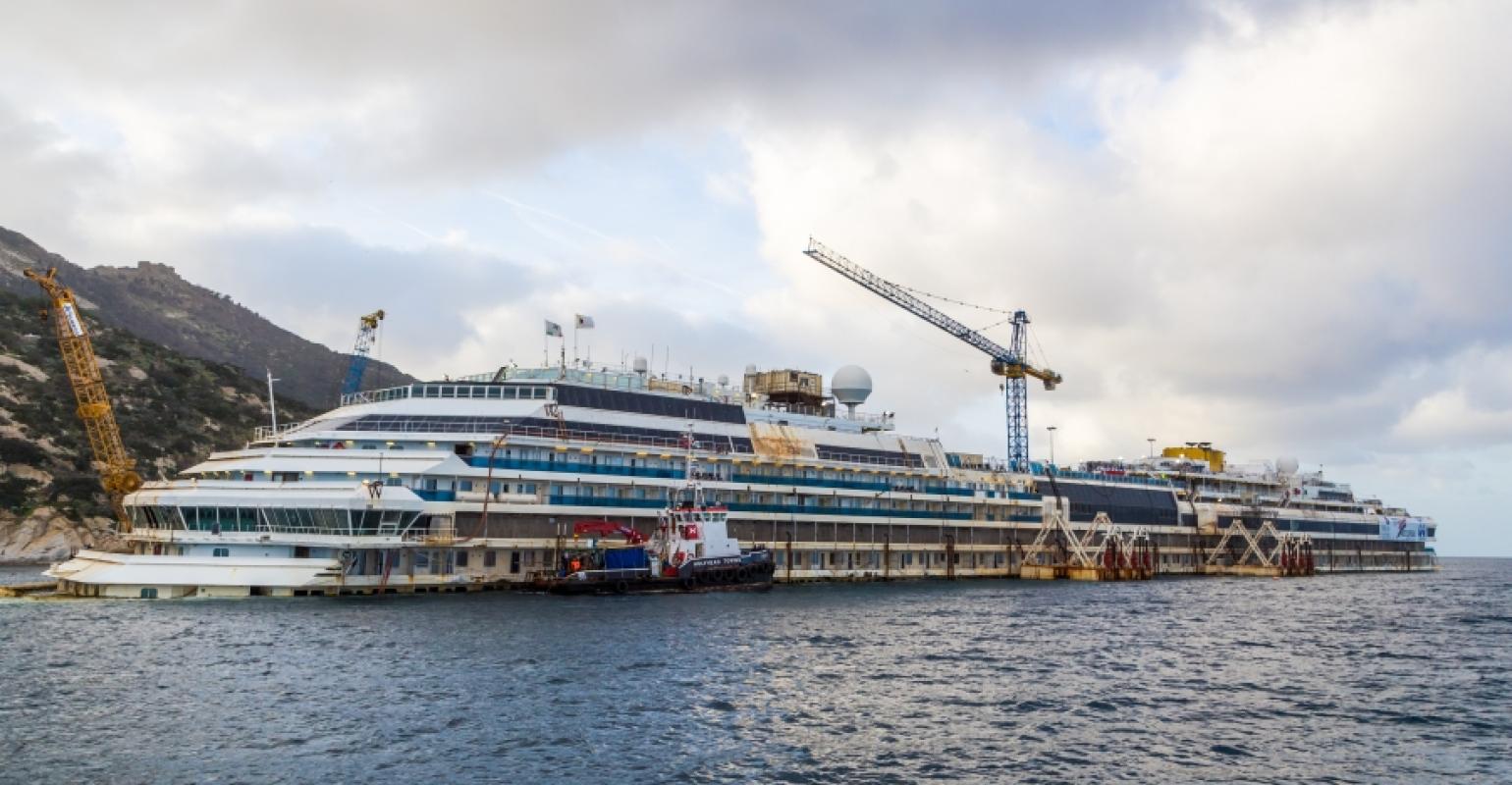 The UK's Telegraph posted a haunting video with police-diver footage of the inside of the Costa Concordia wreck, days before its anticipated refloating at Giglio.

Credited to 'the Italian carabinieri,' the film shows an open life jacket storage box on deck, open life raft canisters, twisted metal, a tangled maze of disconnected pipes, stairwells and what looks to be the reception desk at the base of the atrium—underwater, but with computer monitors and a vase of flowers still upright.

There are sofas, bar stools and cocktail tables, and intricate Murano glass chandeliers that now look like orange octopi in the murky water.

At the end, the diver emerges into an area of the atrium above the waterline. Sunlight streams down, showing the glass elevators and the decorative murals and mosaics, all still vivid.

It's a gripping nearly eight minutes, made all the eerier by the fact there's no sound or narration. The viewer never knows what's coming next, and it's up to the imagination to think of the panic that ensued when Costa Concordia hit the rocks off Giglio on Jan. 13, 2012.