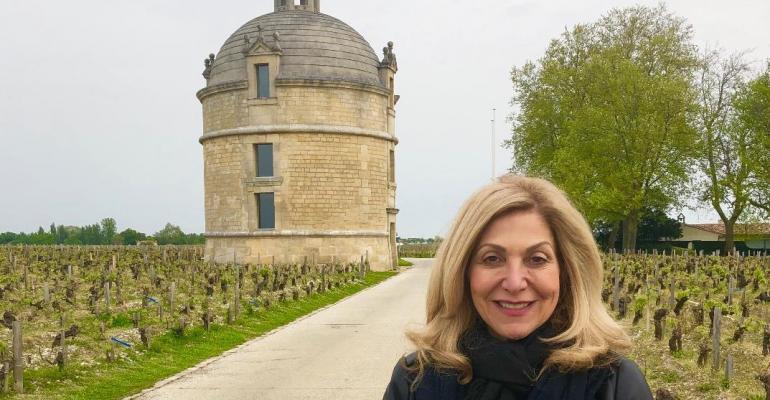 Thirty percent of customers are sourced in Australia and the remaining 30% from Europe, mostly France.

The mission: Conquer the No. 1 market

When Rodriguez joined Ponant two years ago, ‘The mission was how do we conquer the No. 1 market, North America?’ she said. Given Ponant’s growth and global operations, that was important for Founder and CEO Jean Emmanuel Sauvée. After all, in terms of GDP, the state of California on its own ranks fifth in the world, putting it ahead of countries like France and the UK.

Raising awareness stateside has been key. Ponant ships sail the world but rarely touch US shores.

Recently, when Le Soléal traveled from Alaska down the coast to San Diego, travel advisors were invited aboard at various stops. Rodriguez was on hand in San Diego when 65 agents visited for a tour of the ship and lunch.

‘I ask travel advisors: Have you sold Ponant? If so, when? The brand experience is different today than even a year ago,' Rodriguez said.

‘We are very, very proud of our French roots, flag and heritage. But we have evolved greatly to become more international.’

All crew must be bilingual (French-English) at minimum, and all printed materials such as menus and programs, and on-board-communications such as television programming, are in English and French. Newspapers can be ordered in German, too.

Another boost for Ponant in North America has been becoming a preferred supplier for Signature Travel Network, and Rodriguez and Americas CEO Navin Sawhney attended the recent Signature Owners’ Meeting in Austin, Texas.

'My first day on board with Ponant, I said we have to work with Signature,’ Rodriguez said. ‘It’s a great organization, very professional. Alex [Sharpe, president and CEO] and his team do a phenomenal job.’

There, Rodriguez, Sawhney and Moore all shared their enthusiasm for the pairing of Ponant and Paul Gauguin, a deal that was expected to close today.

‘We’re very excited. It’s a great fit for our companies, and it’s great to keep them separate,’ Rodriguez said. As earlier reported, the respective management teams will continue, and there are plans to expand Paul Gauguin's single-ship fleet.

‘When you acquire a company, it’s because it’s a success. So why change it?’ Rodriguez said. ‘Kudos to Diane and her team. She’s done a great job. Paul Gauguin is the only cruise line year-round in that market.’