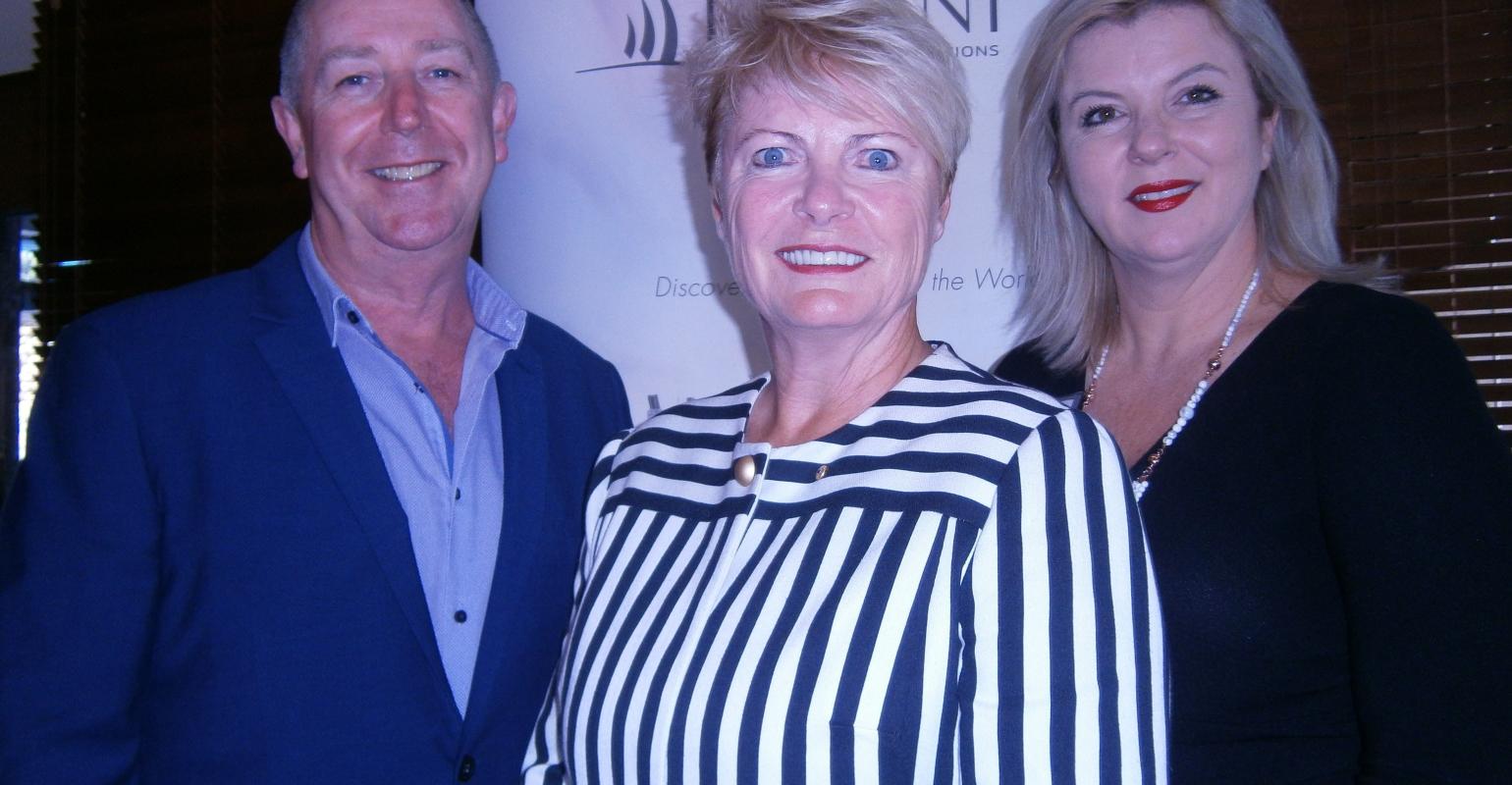 Bratton said the other three Explorers class ships to come on line -- Le Champlain, Le Bougainville and Le Dumont-d’Urville -- will also be equipped with the underwater passenger lounge located in the hull beneath the ships’ water line.

‘They will be able to observe the fauna and flora of this sub-aquatic universe,’ Rougerie said.

The sound system in the Blue Eye lounge will be installed by French electronic music compos er Michel Redolfi, inventor of subaquatic concerts. Passengers will be able to listen to the underworld thanks to hydrophones under the keel that were developed in consultation with specialists from the French Research Institute for the Exploitation of the Sea.

‘For the first time in the world the public, during a cruise, will be able to feel and be at the heart of an underwater world,’ Rougerie said.

Ponant expedition leader extraordinaire, Mick Fogg, was also a guest at the lunch and told the journalists about upcoming  shore experiences in Papua New Guinea, Melanesia and the Kimberley.