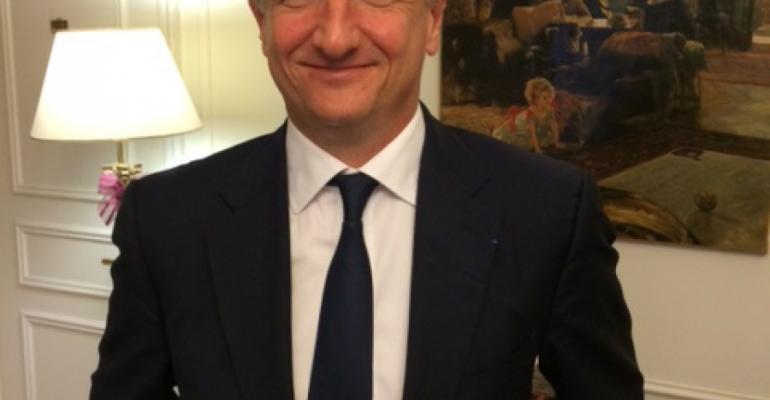 Sauvée shares his 'crush' on Alaska

Jean-Emmanuel Sauvée, Ponant’s president and ceo has been speaking about the company’s foray into Alaskan waters next summer.

‘I personally discovered Alaska last summer and wanted to share with our passengers my real crush for this extraordinary part of the world.’

The Marseille-based luxury French operator has scheduled nine cruises – eight aboard 264 passengers L’Austral and one with Le Boréal from May to September 2015.

Between June 13 and July 11, the first four eight day cruises) focus on ‘The Gold Rush: in the footsteps of the prospectors’ with stops in Ketchikan, Petersburg, Tracy Arm, Skagway and Haines. The next five are expedition cruises (8, 11 or 14 days) and target more adventure-oriented passengers, with itineraries between Alaska and Eastern Siberia headed by experienced nature guides (also english-speaking, like staff on board) and including many Zodiac excursions, for local fauna and flora encounters as well as with the local population.

The Aleutian Islands and Wrangel Reserve cruise will sail by the Kodiak Peninsula and call in Dutch Harbour, St.Paul/Pribilofs Archipelago before reaching Russia, with stops at Provideniya, Dezhner Cape, sailing through the Bering Strait and calling again at Kolyuchen, the Wrangel Island Preserve and Pevek.

Special guest on board will be reknown paleontologist Yves Coppens.

Dedicated to Alaska and British Columbia, L’Austral’s cruise to Vancouver will include, among other highlights, the Hubbard Glacier whereas  Le Boreal’s  itinerary (the final sailing of Ponant’s Alaska maiden season) will leave from Anadyr (Russia) and stop at Katmai National Park and Preserve and Sitka. Pre and post-cruise packages are also available.