Port Canaveral reopens, six cruise ships are due on Thursday 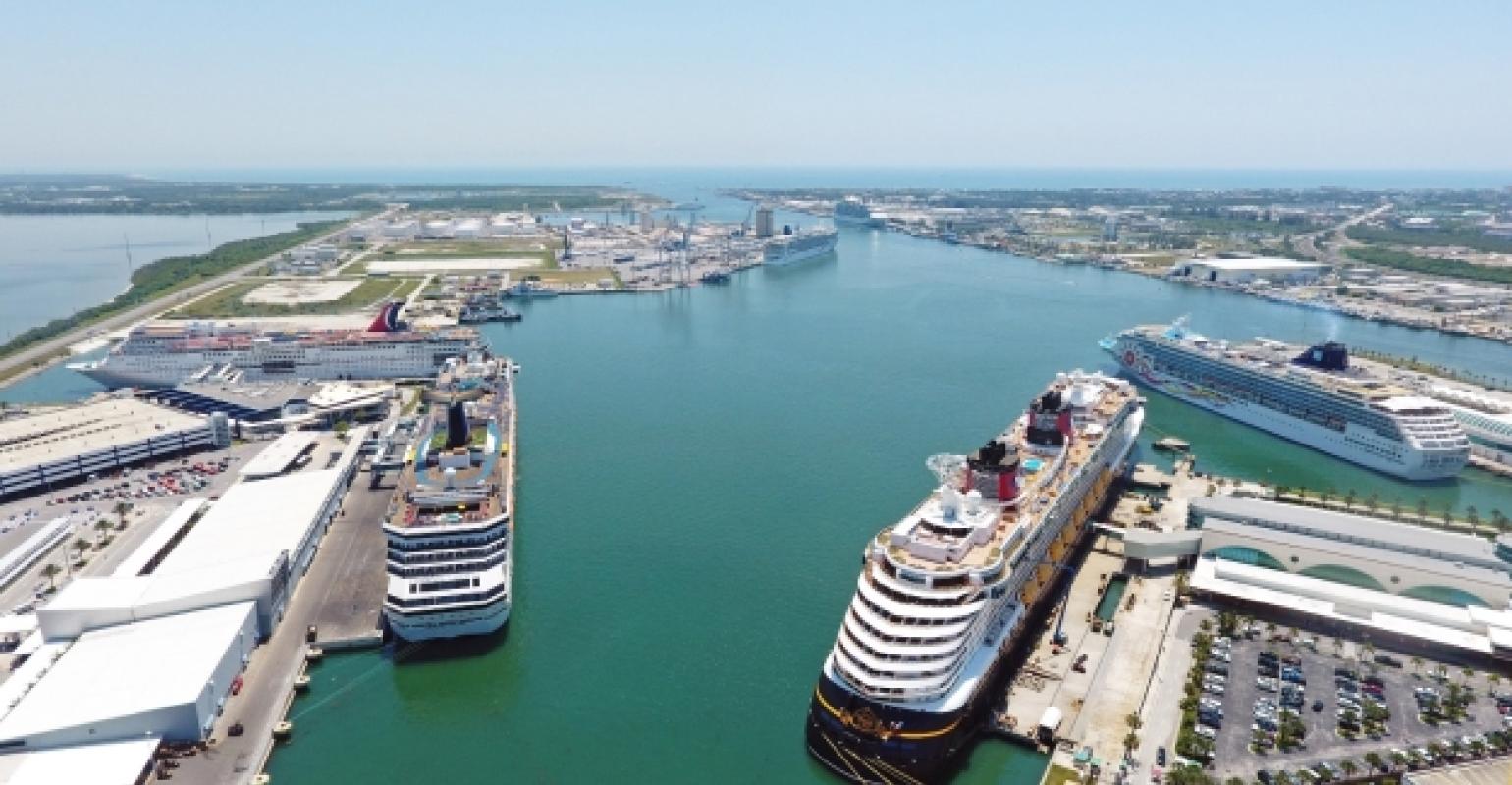 Port Canaveral is pictured on May 27, when six ships were in port . Six vessels are due in Thursday morning FILE PHOTO: Canaveral Port Authority
The US Coast Guard cleared Port Canaveral to open for vessel operations late this afternoon, following the passage of Hurricane Dorian.

Six cruise ships are expected to arrive Thursday morning: Royal Caribbean’s Harmony of the Seas and Mariner of the Seas, Carnival Elation, Carnival Ecstasy (diverted from the Port of Jacksonville, which remains closed) and Carnival Liberty, and Disney Dream.

Ecstasy's next cruise to depart from Canaveral

Carnival Cruise Line is advising passengers booked for Ecstasy's next sailing to proceed to the cruise terminal in Jacksonville between 2 p.m. and 6 p.m. Thursday. From there, free motor coach transportation will be provided to Port Canaveral. (Passengers should not drive to Canaveral since the ship will return to JAXPORT on Monday.)

Carnival Ecstasy's call at Freeport is canceled, however Nassau is still on the itinerary.

Carnival Elation’s revised Sept. 2 sailing, which would have departed Thursday, has been canceled. Carnival was unable to secure a port of call and cannot operate a cruise to nowhere. Passengers will get a full refund.

Harmony of the Seas to sail three-night cruise

Royal Caribbean’s Harmony of the Seas has been on a revised and extended itinerary since Aug. 25. It will turn around Thursday and sail an abbreviated three-night cruise calling at Nassau.

Mariner of the Seas has been on a Westeran Caribbean cruise that substituted for its planned Eastern Caribbean route. The ship’s scheduled Sept. 2 sailing, revised to Sept. 4, was canceled earlier.

Disney Dream to embark next cruise on Friday

Disney Dream has been on an extended sailing. After returning to Canaveral on Thursday, the ship is expected to embark its next cruise on Friday.