Port Everglades aims to raise its profile in Europe 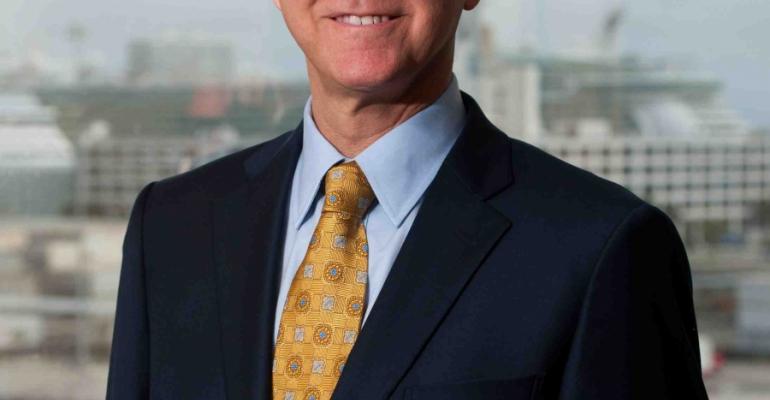 In a bid to entice new business and raise its profile among European cruise lines, Port Everglades will be exhibiting at Seatrade Med for the first time. The event is scheduled for Sept. 16-18 in Barcelona.

'We're one of the major cruise ports in the world. It just made sense we be part of it,' said Steven Cernak, chief executive and port director of Port Everglades. Plus, he welcomes the opportunity to meet with 'a lot of cruise executives in a relatively short time frame.

'We're trying to to attract new business and get ourselves out there ... It's something to do on a recurring basis,' he added, indicating Seatrade Europe in Hamburg next year will be in the port's calendar.

The port's key messages for Seatrade Med include its ongoing program of upgrading all its cruise terminals. Cruise Terminal 4 is being renovated and modernized this summer. Next year, the second phase of that plan will extend the berth at the adjacent Slip 2 from 900 feet to 1,150 feet to accommodate very large cruise ships.

'We want to make sure that's on everyone's radar screen,' Cernak said.

'It's a very aggressive plan,' Cernak said, adding he's in a position to 'change the dynamic of how we implement that plan going forward' if new business is identified to merit that.

Also, Fort Lauderdale-Hollywood International Airport's growth, particularly in the international market, is something port officials are keen to discuss during Seatrade Med meetings.

The airport's international traffic has tripled in the last 10 years and is now 16% of total traffic compared to 7% in 2003. Last month Norwegian Air Shuttle introduced nonstop service to and from London Gatwick, and the ribbon-cutting for the airport's second runway is set for Sept. 18.

Cernak thinks Port Everglades has much to offer European cruise lines. As the industry continues to grow and mature, new markets open, he said, pointing to Royal Caribbean's expansion in China. 'Conversely, why not another line expanding here?' he said.

Raising international awareness has been a bigger focus for Port Everglades in the last couple years. Efforts have been made in the cargo and petroleum sectors, and now it's time to focus on the international cruise business.

Concerning the current Caribbean market, where capacity spiked 12% to 13% this year, there may be pricing challenges in the short term, but Cernak said cruise lines 'always fill that capacity.'

A lot of people have never cruised, he added, so there are still opportunities. The lines' Caribbean business is going to grow, in his view: 'I don't think they've reached the saturation point or are anywhere close to that.'

Ellen Kennedy, assistant director/communications in the port's business development division, will accompany Cernak at Seatrade Med. 'I look forward to the opportunity to work with European media who may not be familiar with Port Everglades, even though it is one of the largest cruise ports in the world,' she said.

Kennedy echoed her boss's view that the port has a wide range of possibilities to cultivate with the European cruise lines, from homeporting to transit calls—'which are great for our tourism-based community as a destination and create familiarization so people will return for another cruise or stay longer.' Stops on world cruises and mid-week calls are other opportunities she identified.