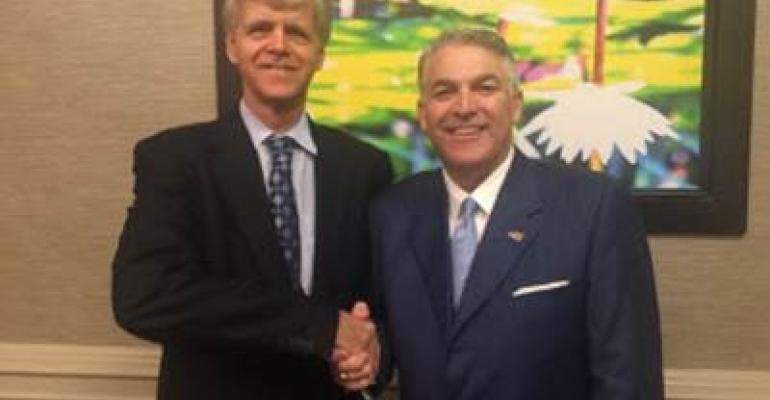 'Florida is in an enviable position because we have 15 dynamic seaports that specialize in diverse business sectors ranging from cruise to cargo to petroleum and even to military and shipbuilding,' Cernak said. 'And we have a governor and legislature that supports Florida’s robust maritime industry because they know it is a job creator that drives our economy forward.'

Cernak has been an 'invaluable member of the Florida Ports Council,' according to president and ceo Doug Wheeler. 'His extensive experience at numerous ports around the nation is a great asset to capitalize on the strengths of Florida’s diverse seaport system. We look forward to working with Steven and port partners to continue to move Florida forward as a key player in the global marketplace.'

Cernak joined Port Everglades in March 2012, after serving as the port director and ceo for the Port of Galveston. He also was president of the Galveston Port Facilities Corp., a nonprofit entity that promotes redevelopment at the port and related facilities.

In addition, Cernak has been manager of port development for The Port Authority of New York and New Jersey. He also worked in engineering positions with several private engineering consultancies in New Jersey.

He is an active member of the American Association of Port Authorities and has been selected as the association’s chairman of the board for the 2017-18 activity year, beginning in October.