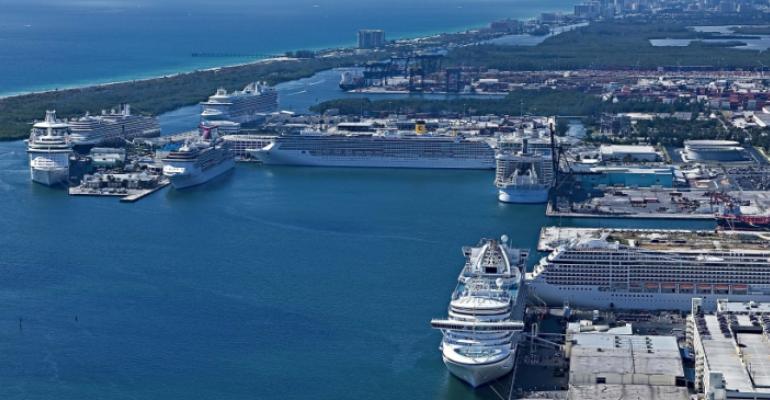 Under new CBP program, additional officers can be brought on duty when there are surge issues at busy Port Everglades

One of the nation's busiest cruise ports welcomed US Customs and Border Protection's decision to allow approved entities to reimburse the agency for expanded services to improve processing and inspection times. Port Everglades, along with the Port of Houston Authority and a number of airports and cargo terminal operators, were included in the initial selections for 16 new reimbursable services agreements.

'We believe this new US Customs and Border Protection program will be an added value to Port Everglades and our customers because it allows for additional CBP officers to be brought on duty when there are surge issues, such as the arrival of a late cruise ship or when a shipment of perishable goods must be processed during off hours,' Port Everglades deputy director Glenn Wiltshire told Seatrade Insider.

Port users will be responsible for requesting support and reimbursing the cost of these additional services.

Port Everglades officials will be meeting with CBP shortly to develop specific procedures for implementing the program and developing an agreement that will be taken to the board for approval.

'CBP is transforming the way we do business to efficiently process the growing number of travelers each year. These partnerships allow us to remain a strong global competitor and destination for businesses and travelers,' said CBP acting deputy commissioner Kevin K. McAleenan. 'The five partnerships established last year through Section 560 have already proven to be beneficial for CBP, our stakeholders and the traveling public and this expansion will build on this important success.'

Last year CBP entered into five reimbursable service agreements with the city of El Paso, Texas; the city of Houston Airport System, Dallas/Fort Worth International Airport, Miami- Dade County and the South Texas Assets Consortium under Section 560 of the Consolidated and Further Continuing Appropriations Act, 2013. As a result, CBP provided an additional 9,000 CBP officer assignments and opened primary lanes and booths for an additional 24,000 hours at the request of 560 partners, increasing border processing throughput at US air and land ports of entry.

Among the three participating airports, the added staffing and supplementary lane openings, in conjunction with Automated Passport Control deployments and other technology efforts, helped trim wait times by an average of almost 30% while traveler volume has increased about 7% over the last year, CBP said.

Section 559 of the Consolidated Appropriations Act, 2014 expands this authority to enter into additional agreements to increase CBP’s ability to provide new or enhanced services on a reimbursable basis by creating partnerships with private sector and government entities.