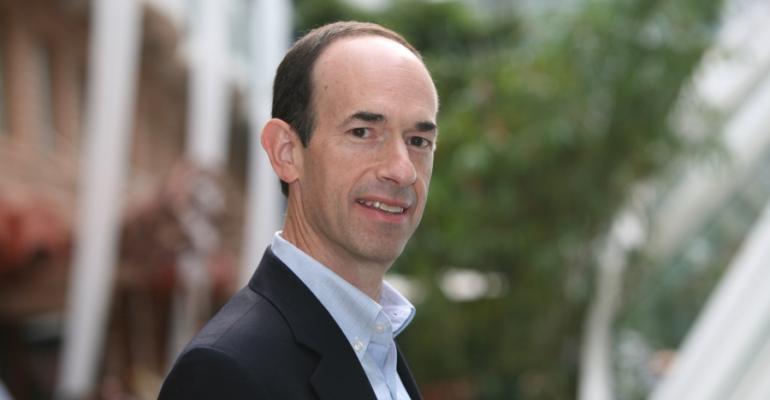 Adam Goldstein is at the tail end of the longest work trip he has ever made to Asia. When Seatrade Insider caught up with the president and chief operating officer of Royal Caribbean Cruises Ltd. in Singapore, he not surprisingly stressed the region's biggest story is China, with its huge source market.

Yet currently only 700,000 out of 100m outbound Chinese travelers are cruising, he said. That compares to Australia's 3.5% cruise penetration rate, which is even higher than that of the US.

Using North America and Europe as a baseline, Goldstein said cruising in Asia is still in at its infancy—with the exception of Singapore, which has been a leader for a quarter century and is further along. The Japanese market is 'knowledgeable' about cruising but still at an early stage.

Asia's growth rate is rapid, though, with China in particular the fastest growing anywhere, Goldstein said, citing the country's great momentum and the appetite of its people to see the world.

Goldstein, who is also chairman of Cruise Lines International Association, devoted a good part of his 22-day tour to CLIA and 'positioning ourselves to leverage the new CLIA with various stakeholders.' He found 'a focus and momentum here that we have not seen before.'

Asia still needs to develop significant distribution via travel agents who are familiar enough with cruise products to sell them. CLIA, Goldstein said, is ready to move forward on this by training agents.

The association is also engaging with governments. 'There is need to talk about infrastructure. The progress of Asia's cruise development depends on it,' Goldstein said. The good news is the amount of homeport infrastructure development that has happened in ports such as Shanghai, Tianjin, Hong Kong and Xiamen.

Still needed is port of call development to capitalize on the region's vast coastline, variety of cultures and 'seemingly infinite' number of beaches. The region lacks ports of call that can handle the size of cruise ships beginning to arrive in Asia, which impedes growth and limits the economic potential to be derived.

'Singapore has understood the proposition that cruising is inherently regional and that homeport infrastructure needs port-of-call infrastructure to make it meaningful,' Goldstein said. 'We need to accelerate port of call development. We need to diversify itineraries to maintain people's interest in cruising. The pressure to develop has ratcheted up as we cannot have the same few ports to go to over and over again.'

The Royal Caribbean chief expressed his appreciation to the Singapore Tourism Board and a pledge to continue working with them to carry the cruise message forward.

Royal Caribbean, which has been operating profitably in Asia since the company moved to deploying two Voyager-class ships in China, is seeing 'attractive yields' from its investments.

Sales and marketing activities have started for SkySea Cruises, Royal Caribbean's strategic partnership with Ctrip.com International, which beings operating with the former Celebrity Century at mid-year.

But Royal Caribbean's boldest move is positioning Quantum of the Seas in China year-round—which Goldstein said underscores the leadership position his company is committed to in Asia.

Royal Caribbean will also have an almost full-year operation in Singapore. This, too, is an important development.