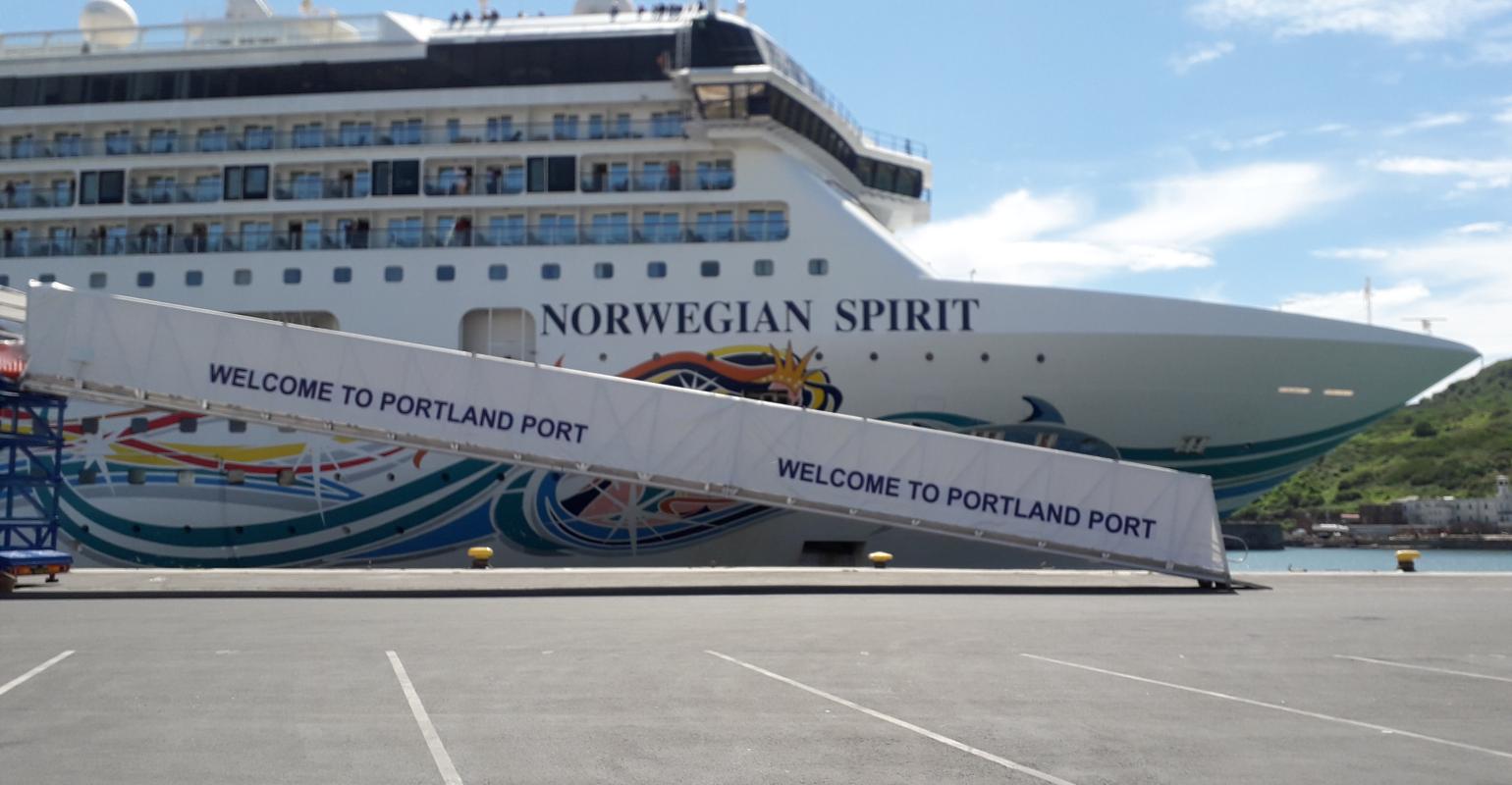 The visit of Norwegian Spirit also marked another first for Portland Port as the new gangway system was used for the first time.

Having previously invested in extending and improving the mooring arrangements on both the Outer Coaling Pier and the Deep-water Berth, this latest investment is aimed at improving the passenger experience as they disembark and embark the vessel.

Ian McQuade, General Manager (Commercial), Portland Port said ‘the multiple size and shape of cruise ships now calling at Portland Port leads to a wide range of door positions. In order to better service these ever-changing requirements the port has designed and built a flexible gangway arrangement which will enable us to reach the highest doors. After much planning it is great to see the new system being used in anger for the first time.’

On the return of Saga Sapphire McQuade commented, ‘We have been fortunate enough to have welcomed Saga Sapphire to Portland Port in the past, but we will not be seeing her for much longer. A scheduled call next March is expected to be the last time we see her before retirement.’

He added, ‘The forthcoming visit of Saga’s brand-new ship Spirit of Discovery, as part of her inaugural cruise signifies the start of a new chapter in the history of Saga Cruises.’

It is the second time during 2019 that Portland has seen both of its main commercial berths occupied by cruise ships on the same day, a situation which will be repeated a further five times during the balance of the summer.