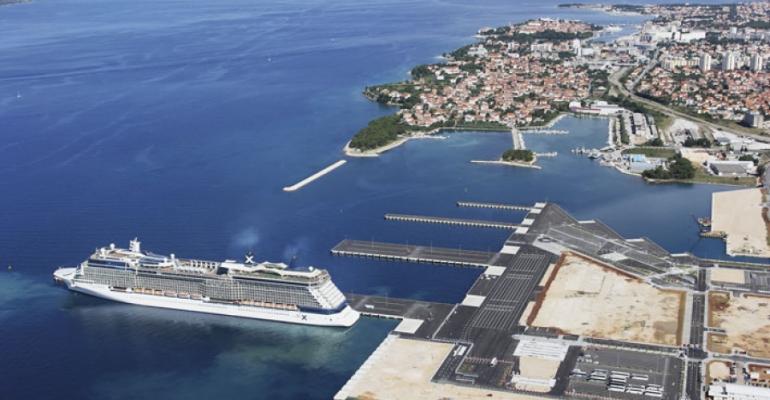 Raphael Von Heereman, secretary general for CLIA Europe spoke about the need for fluid dialogue between cruise lines and ports. He called for all stakeholders to work together to ensure Europe remains at the top of cruise destinations.

He also stated that infrastructure was key and that it must continually be improved and expanded. ‘The rapid growth of ship sizes is furthering the need for upgrades.’

He closed by saying that CLIA is committed to the Med, and reiterated that communication is paramount considering the competition from elsewhere in the world.

Suprani said that winter cruising in the Med needs to be better catered for. ‘MSC has two big ships cruising the Med in the winter and there is a need for shore side activities that aren't weather dependent,’ he commented. ‘Shops and restaurants need to be open in the winter months and all tourism stakeholders must cooperate to support tourism,’ he added.

In response to the question of attracting home porting ships, Suprani said ports must have a strong source market and national and international transport links, plus investment in facilities is required. ‘If this is not possible,’ he stated, ‘it is better to focus on being an excellent transit port.’

A big worry to Suprani was the fact that the environment was listed quite far down on the MedCruise ports list of biggest challenges. He said it should be a top priority and that ports and cruise lines need to work together to address environmental issues at a political level.

Carnival’s Nestour disagreed with the idea that bigger ships were a challenge. ‘Iit is not a challenge, but a gift.’ He said there is no going back to smaller ships so ports should view it as an opportunity.

Nestour also spoke about berthing policies. He said he spent time at the Heraklion General Assembly in 2013 discussing these policies with MedCruise members but was upset to see 55% of MedCruise ports are still berthing on a first come first served basis.

He called for the berthing policy to be published, transparent, applied equally and port specific. He believes this is a simple and correct model for a berthing policy.

Daya applauded the study itself and stated how good it was for MedCruise to be analysing itself.

He highlighted the importance of dialogue between cruise lines and ports and used the new Zadar terminal as an example. Although Zadar Port Authority had spoken with the cruise lines ten years ago to discuss needs for the terminal, he felt too much has changed in the past decade for those talks not to have occurred again. He said if port authorities build terminals without finding out the cruise lines needs, they could end up with a terminal which doesn't function correctly for the lines, and essentially, the lines won't visit.