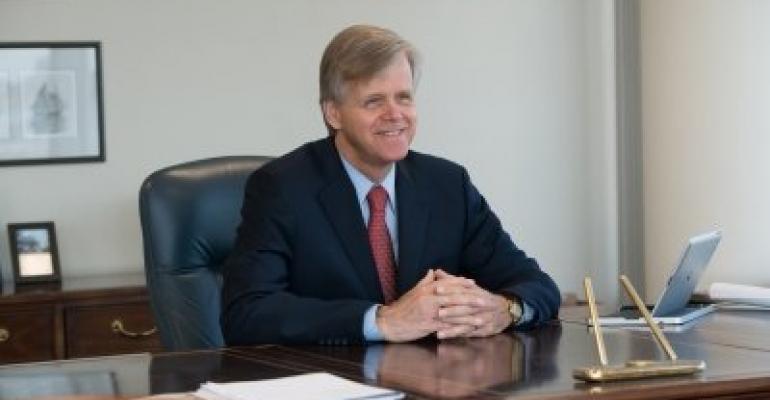 Steven Cernak is remembered as a friend, loyal colleague, stalwart leader and family man
Steven Cernak, who spurred the growth and development of Port Everglades over the past seven years with new and dramatically renovated cruise terminals and long-term cruise contracts, died after a battle with cancer. He was 63.

A champion of the port industry, just last month Cernak received the 2019 Cruise Award from the American Association of Port Authorities. Before taking the helm at Port Everglades as chief executive and port director in 2012, he led the Port of Galveston for 13 years. During that time, revenue doubled and Galveston became the top cruise homeport in the Gulf of Mexico. Earlier, he served as manager of port development for The Port Authority of New York and New Jersey.

Cernak was the immediate past chairman of the AAPA and the Florida Ports Council.

'We achieved many important, historical milestones under Steve’s leadership,' Port Everglades deputy port director Glenn Wiltshire said. 'Most notably, he developed progressive solutions to advance the US Army Corps of Engineers harbor improvement project after two decades. This achievement was celebrated throughout our community and Steve received accolades from leadership at all levels of government and throughout the maritime industry.'

Furthermore, Wiltshire credited Cernak for raising Port Everglades' operating revenue by 17.5% and overseeing the construction of new cruise facilities and the start of the Southport Turning Notch Extension, the largest capital improvement project in the port's history.

AAPA president and CEO Kurt Nagle called Cernak 'one of the greatest champions of the port industry.'

'Steve was a friend, a loyal colleague and a stalwart leader within the American Association of Port Authorities. He was always there to lend a hand to a port colleague, give of his time or share his knowledge and experience,' Nagle said.

'As chairman of AAPA last year, he dedicated all of his energy to promoting our industry. Even during his long illness, his zeal for this industry was unsurpassed. Whether it was attending the AAPA leadership summit or flying to Valparaíso, Chile, for the association's annual convention, he never wavered in his love of ports and AAPA.'

Cernak oversaw the construction of the futuristic Cruise Terminal 25 for Celebrity Edge, which opened in November. He also guided the dramatic renovation of four terminals for Carnival Corp. & plc, and nailed long-term contracts with Carnival and Royal Caribbean Cruises Ltd.

'Steve played a vital role in the growth of Port Everglades, and he was a friend to anyone who had the good fortune to work with him,' RCL chief communications officer Rob Zeiger said. 'We’re proud that he was able to stand on stage with us last fall to launch Celebrity Edge and Terminal 25; they are a fitting testament to his enduring impact.'

Carnival Cruise Line president Christine Duffy said Cernak made 'numerous contributions to the cruise industry and all of us at Carnival admired his leadership and integrity. We are thinking of his family and his colleagues during this very sad time.'

Despite his illness, Cernak came to the office almost every day up until two weeks ago. 'He was a real fighter,' said Ellen Kennedy, the port's assistant director of business development/communications.

'He kept a positive attitude through the whole illness. He put up an incredible battle. He was an inspiration to all of us.'

Valued relationships and, above all, family

Kennedy said Cernak insisted on going to accept the AAPA Cruise Award in person three weeks ago so he could mingle with port industry colleagues, and he enjoyed seeing friends at Seatrade Cruise Global every year. 'Relationships were extremely important to him,' Kennedy said. 'He visited all the booths. He'd make the rounds.'

But everyone who knew him agreed he was proudest of his family.

Private services are planned. Friends can write to the family via [email protected]. In lieu of flowers, the family suggests donations to Seafarers' House or United Way of Galveston.