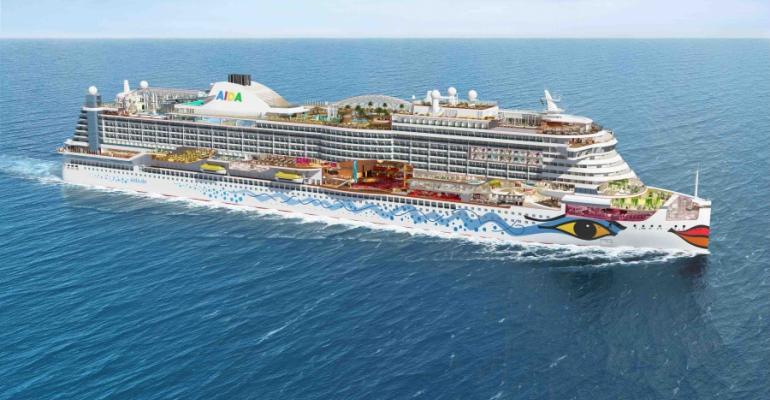 AIDA Cruises' chief sustainability officer, Monika Griefahn, called on the industry not to shy away from this challenge.

'We have to go ahead and make it happen,' she urged, describing the cruise sector as 'way ahead of other shipping segments.'

Giving an outlook on AIDA's new AIDAprima, to be inaugurated next year, Griefahn said the comprehensive exhaust gas treatment system to be installed on that ship and a sister will reduce NOx emissions by over 95%, SOx by over 99% and particle emissions by more than 90%.

Both vessels will be equipped with dual fuel engines for direct supply of LNG in port, although no LNG storage tanks are to be fitted. Shore-supplied LNG will be used for the hotel power needs in port, an environmental solution that's better than cold ironing, according to Griefahn. Nevertheless, plugs for cold ironing will also be fitted on both sides of the ships.

A vertical bow, podded propulsion and the Mitsubishi Air Lubrication System will be further features benefiting the environment.

Griefahn, though, is in doubt about the number of ports that will become candidates for LNG supply due to the inconsistent regulations for LNG use in port, both within Europe and globally. In addition to regulatory challenges, the supply infrastructure for LNG is still very limited.

The use of other alternative fuels is also hampered by inconsistent regulation.

Markus Osterkamp, deputy head of the environmental certification section at DNV GL, cited methanol generated from biomass in this context.

Griefahn reminded Seatrade Europe delegates of the fact the cruise industry is 'far away from the regulators' due to its size of just over 300 ocean-going ships. Other issues and more prevalent modes of transport, such as cars, get more attention.

Still, Griefahn called on cruise lines to not be stymied by these challenges.

'Our industry has a big interest in being environmentally friendly beyond regulations,' she said, adding that every operator should aim to reach the best standards.