Pride of America's Honolulu turnaround is on schedule 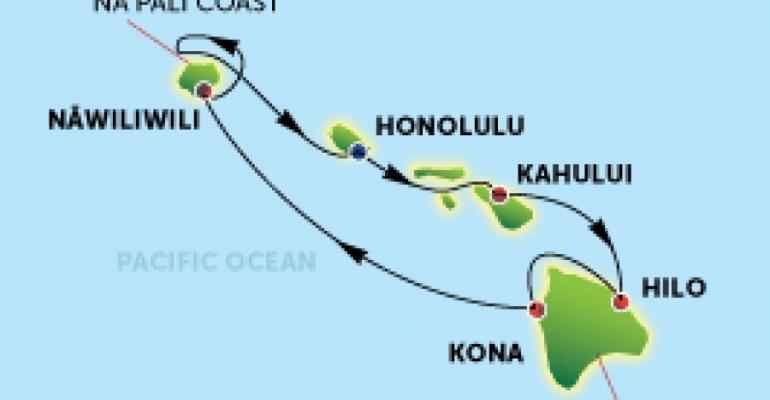 Pride of America is expected to dock in Honoulu Saturday morning and embarkation for the next cruise is on schedule, Norwegian Cruise Line confirmed Saturday morning. The ship is due to depart Honolulu at 7 p.m.

On Friday Honolulu experienced rain and gusty winds from Tropical Storm Iselle, which earlier pounded the Big Island of Hawaii and drenched Maui.

The former Category 4 hurricane had weakened over days, degrading to a tropical storm on Thursday. No deaths or major damage were reported though Hawaii's Big Island suffered flooding, downed trees and power lines.

All tropical storm warnings were ended by 8 p.m. Friday, and the region's second hurricane, Julio, is on a path well north so the Hawaiian Islands dodged what had been feared would be a one-two hurricane punch.

To avoid stormy conditions, Pride of America had cut short its stay at Nawiliwili, Kauai, sailing at 7 p.m. Thursday and spending Friday at sea. Normally the ship overnights in Nawiliwili and departs at 2 p.m. Friday.

Near midnight Friday, powerful Julio was far east of the Big Island of Hawaii and 780 miles/1,255 kilometers east of Oahu's Honolulu.