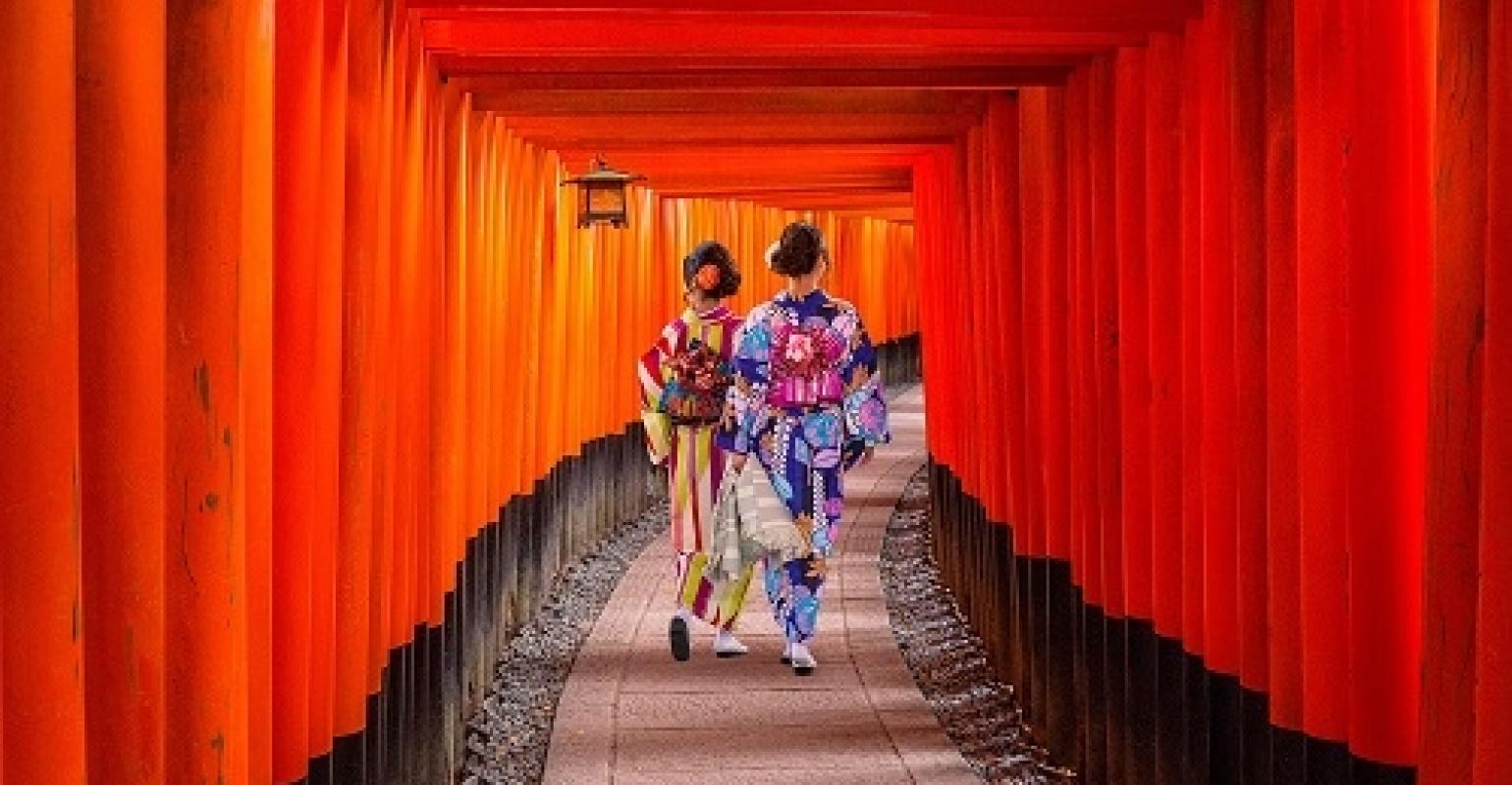 Fushimi Inari Shrine, famous for its thousands of torii gates

Princess Cruises plans its longest Japan season in 2018, with voyages from Yokohama (Tokyo) and Kobe that circumnavigate the country and calls at an array of new ports.

Maiden calls in Japan include Ishinomaki, Iwakuni, Niigata, Sakata, Toba and Yokkaichi, plus there will be visits to South Korea, Taiwan, China, Russia, Hong Kong and Vietnam. Featured are UNESCO World Heritage Sites and some of Japan’s largest and most celebrated cultural festivals and special events.

In addition, cruise-tours will take travelers into the heart of Japanese culture in Kyoto and Tokyo, and include visits to Togendai, Lake Ashi and Mount Fuji, a UNESCO World Heritage Site.

Sixty-three voyages are open for sale on Japanese-built Diamond Princess, ranging from four to 23 nights, with 38 destinations in seven countries. The 2018 season runs from April through December.

Cruises featuring summer festivals include five eight- to 19-day voyages visiting the Aomori Nebuta and Akita Kanto festivals, with late night stays in both cities. The Aomori Nebuta Festival is known for its enormous float figures, music and many vibrant dancers. The Akita Kanto features a procession of 200 bamboo poles with lanterns weighing more than 100 pounds carried on the palms, foreheads, shoulders or backs of the celebrants.

Six fall foliage voyages depart in early October and November, to showcase the brilliant changing colors of the Japanese maple and ginkgo trees.

In 2018 Diamond Princess itineraries will visit 12 ports with late night calls, including every visit to Hakodate, considered one of Japan’s top three night views.

For a shorter journey, there are five-night voyages throughout the season sailing round-trip from Tokyo, visiting Busan, South Korea, and Yokkaichi, a new port that provides access to the Ise Grand Shrine and is located near Matsusaka, known for its beef.

'Temples & Traditions of Japan' is an extended version of 'Highlights of Japan' with two additional nights in the UNESCO Creative City of Kanazawa. This area is rich with culture and tradition and passengers can roam Higashi Chaya, an iconic geisha district, as well as Nomura Samurai House. They have the opportunity to participate in a Japanese washi paper-making demonstration and a sushi-making experience, too.