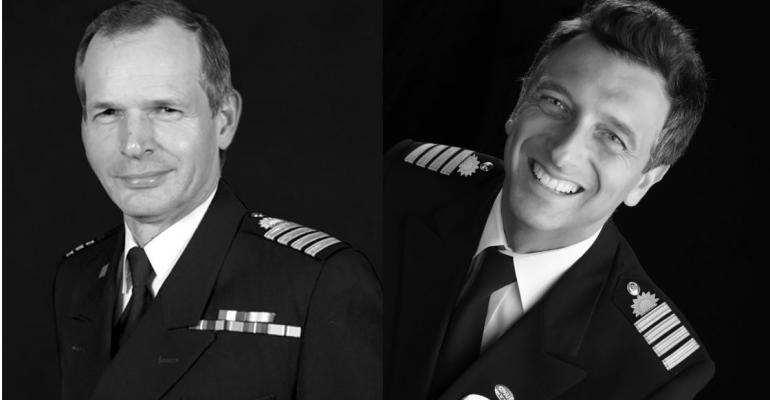 Debuting in Civatevecchia (Rome) on June 19, 2020, for a Mediterranean cruise, the ship will be led by a team of executive officers with extensive maritime experience, including more than 160 years of combined service with Princess.

Nick Nash has moved through the Princess ranks over his 30-year career and currently commands Royal Princess. He joined the line in 1989, was promoted to staff captain in 1997 and captain in 2002 and fleet captain in 2014 and 2015. Nash was appointed president of The Nautical Institute in 2018, to help in its efforts to improve standards of shiphandling, as well as navigation bridge resource management. He also was awarded the UK's Merchant Navy Medal for meritorious service. Nash is actively involved in the evolution of Carnival Corp. & plc's CSMART simulator training facility in the Netherlands.

Di Martino started his career at Princess in 2004, serving as third officer on board Dawn Princess. He was promoted to staff captain in 2017 and served most recently on the first MedallionClass vessels, Caribbean Princess and Regal Princess. His career at sea began in the Italian Navy and continued aboard cargo vessels, ferries and tug boats. He graduated from the Nautical School of Nino Bixio in Sorrento.

Dalton began his Princess career as a cadet in 2001. He was named staff captain in 2017. Dalton’s call to the sea started when he was 8 years old, sailing on his father’s yacht, and by the age of 18 he had already gained his yacht master's license. He grew up on the Isle of Bute on the west coast of Scotland.

Brand began his career at sea in 1998 as a senior assistant food and beverage director during the inaugural season of Grand Princess. He has overseen all hotel functions for a variety of Princess ships including, most recently, Majestic Princess and Regal Princess. He has also worked aboard the ships of sister company Cunard. Brand was born in Berlin and grew up in Munich. After completing his education and apprenticeship in hotel management, he served with the Air Force in Sardinia, Italy.

Harry joined Princess in 1988 as a front desk Receptionist. He will soon serve on the newbuild team of Sky Princess when the ship debuts in fall 2019. This will be the sixth time he has been a part of a newbuild team. Harry was born in Farnborough, England, and now resides in Bristol.