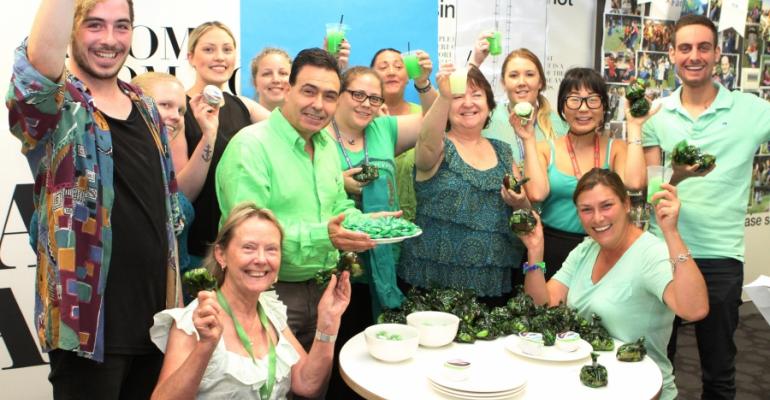 No, it’s not a dress rehearsal for St Patrick’s Day.

The Princess Cruises dream team at the call centre in Sydney is celebrating the home-porting of Emerald Princess in Australia from November 2016 until April 2017 with green slurpies, lollies and cupcakes.

As previously reported, the 3,082-passenger ship joins Diamond Princess as a seasonal addition to the fleet, with Dawn Princess, Sea Princess and Sun Princess continuing their year-round operations from Brisbane, Sydney, Melbourne and Fremantle.

During the 2016/17 season the Australia-based fleet will have a record 11,800 berths across five ships.