Princess books 6 ships for Alaska in 2016, down from 7 this year 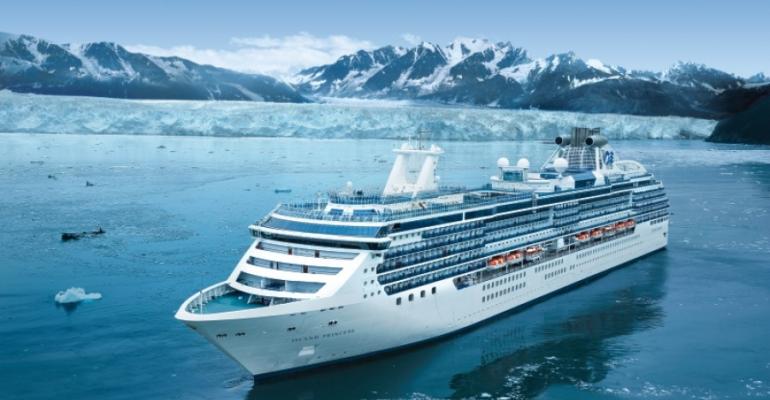 Princess Cruises will deploy half a dozen ships in Alaska during 2016, down from seven this year because the small Pacific Princess is going to Europe instead. There will be 106 departures compared to 125 this year.

In addition, land tours can be combined with a seven-day 'Voyage of the Glaciers' cruise and include the company’s premier wilderness lodges, 'Direct to the Wilderness' domed rail service, plus visits to the top two attractions in Alaska—Glacier Bay National Park and Denali National Park.

'Voyage of the Glaciers,' Princess’ most popular Gulf of Alaska offering, sails between Vancouver and Whittier with two glacier-viewing experiences on every voyage—Glacier Bay plus Hubbard Glacier or College Fjord.

The Inside Passage will be featured on seven- and 10-day round-trips with the option to visit Glacier Bay on select sailings from Seattle and San Francisco.

Most of the more than 20 add-on land tour options in 2016 provide multiple nights in the Denali area. New this year, travelers will also be able to purchase a pre-paid meal package for the land portion of their cruise-tour.

Other choices include 'On Your Own,' a more affordable option with tours that follow similar routes as 'Denali Explorer' but do not include pre-planned excursions. 'Off the Beaten Path' tours take travelers beyond Denali to more remote regions such as the Kenai Peninsula and Wrangell-St. Elias National Park.

'Connoisseur' cruise-tours provide the services of a professional tour director and give additional time. Most meals and enhanced sightseeing options are included.

The 14-night 'Heart of the Rockies Plus Rail' cruise-tour originates in Calgary and includes daylight rail service on the Rocky Mountaineer. The fully escorted land tour combines with a seven-day northbound 'Voyage of the Glaciers' cruise on Star Princess and includes most breakfasts and dinners. Overnight accommodations are offered at a choice of iconic Fairmont hotels.