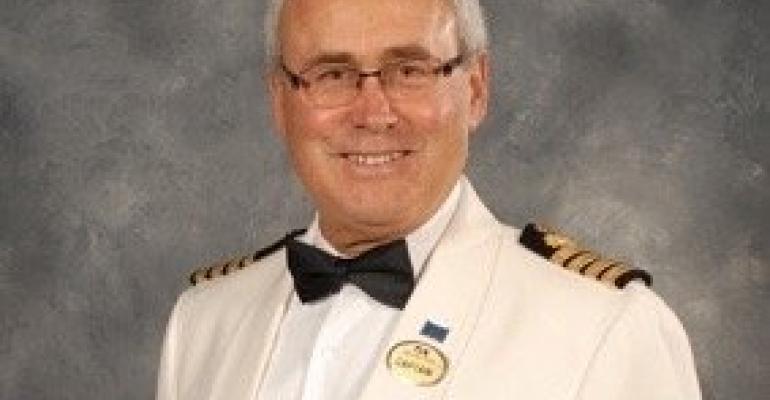 Capt. Giorgio Pomata, a 40-year veteran of Princess Cruises, has been named commodore of the line’s 17-ship fleet, the sixth in Princess history. He becomes the senior master of the fleet representing the interests of all ships and its captains.

Highest rank for a Princess mariner

The title of commodore is an honor that is bestowed upon the most senior captain of a fleet of ships, and the position represents the highest rank attainable to a Princess mariner.

Princess president Jan Swartz congratulated Pomata. 'With his experience and knowledge he will uphold our commitment to safety first, prepare the fleet to welcome five new ships in the next six years, and continue to deliver memorable cruise vacations to millions of Princess guests,' she said.

Pomata joined the company in 1978, when he signed on Sitmar Cruises’ Fairwind ship as a cadet. Through the years, he served in positions including junior deck officer, safety officer and staff captain, and was named captain in 2000.

Pomata has witnessed many defining moments, including the merger between Sitmar Cruises and Princess, the acquisition by Carnival Corp. & plc, the tremendous growth and evolution of the fleet, and the expansion of destination offerings, including Princess Cays, Asia and the line’s first world cruise.

'Until now, the most significant moment in my career was when I first touched the propulsion controls of the new Emerald Princess on the port bridge wing and I slowly maneuvered the ship away from the dock in the shipyard in Monfalcone to start her inaugural season in 2007,' Pomata said. 'I still remember the emotions I felt as we started on her maiden sailing. Now, I’m equally honored to be appointed commodore and take great pride in this global role.'

When not at sea with Princess, Pomata enjoys sailing aboard his 32-foot boat around his homeland, Sardinia, and taking care of his small vineyard.