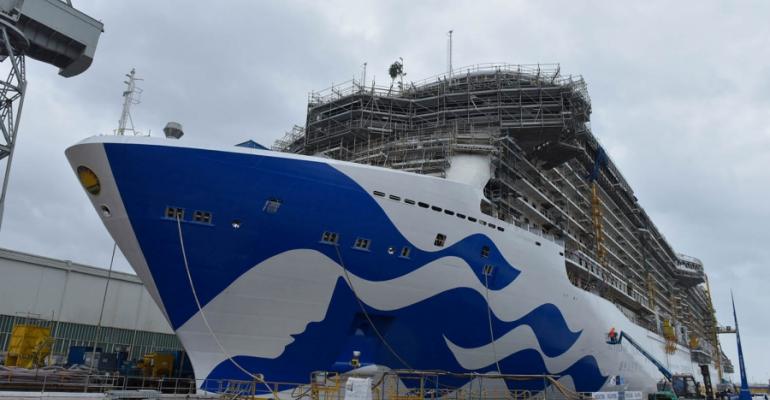 Princess Cruises announced today that Majestic Princess, being built and designed specifically for the China market, will be the first ship in the fleet to debut a new livery design featuring the company’s iconic logo. The design will roll out fleet-wide over the next few years.

'For nearly half a century our Princess logo has represented the adventure of cruise travel around the globe,' said Jan Swartz, Princess Cruises president. 'Now our ships sail to more than 360 ports of call worldwide and will be instantly recognised from afar. We take great pride that Majestic Princess is our first ship to proudly display our new livery design.'

Majestic Princess, which will set sail next year, reached a significant construction milestone today as it was floated out in its building dock at the Fincantieri shipyard in Monfalcone, Italy. The occasion was marked by a traditional ceremony as the ship met ocean water for the first time.

Majestic Princess will feature a number of new venues and experiences created for the Chinese market it is set to serve and more details will be revealed in the coming months.

Majestic Princess will homeport in Shanghai and carry 3,560 guests.