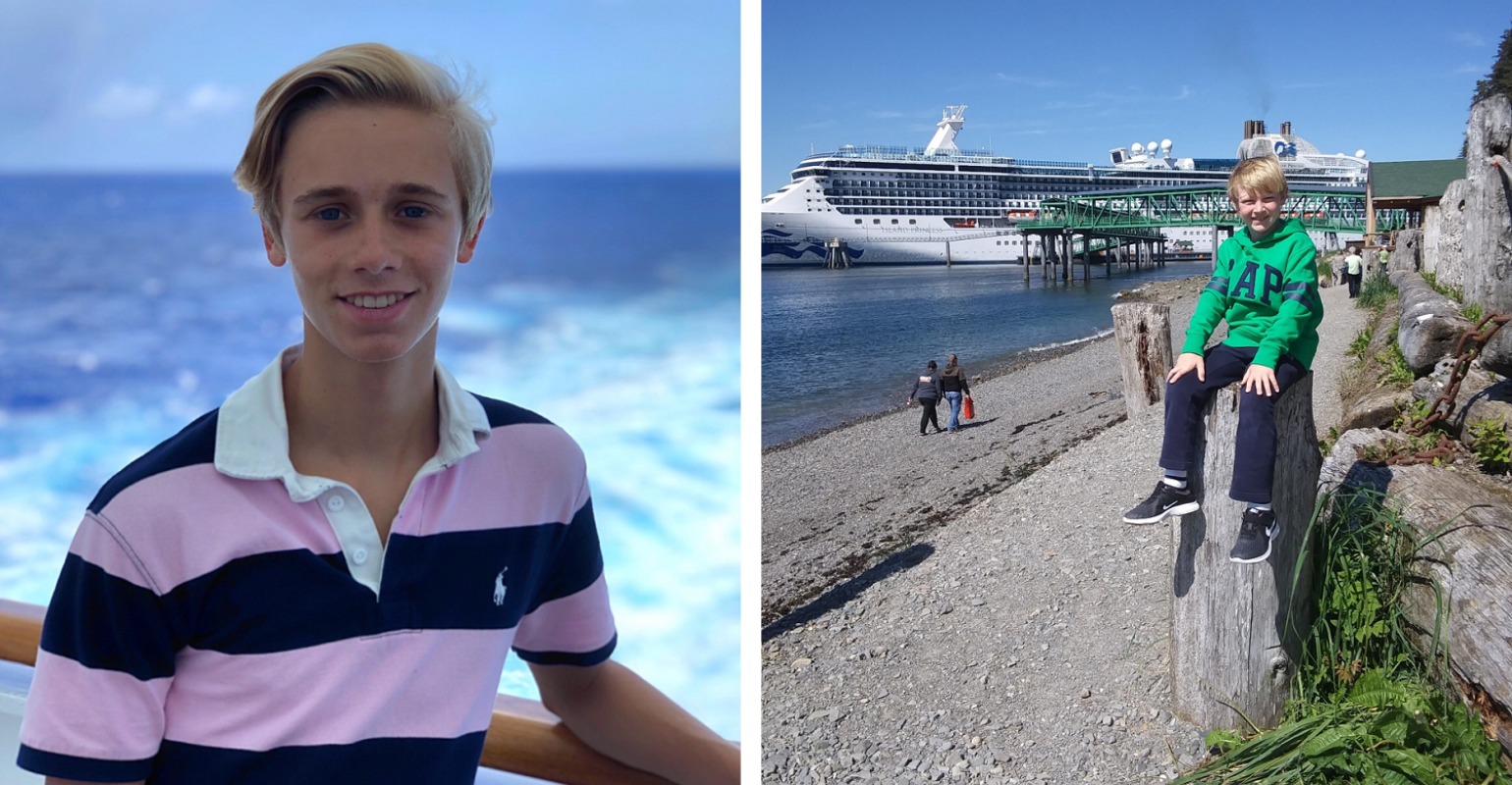 Alexis Lavoie, left, has 538 total days at sea while Wyatt Wilkinson is the youth guest with the most cruises: 46

Princess Cruises is extending its Captain’s Circle loyalty program to travelers of all ages. This means youngsters with elite status can receive complimentary Wi-Fi.

To mark this change, Princess recognized its most-traveled youth guests: Wyatt Wilkinson, 9, with the most cruises at 46, and Alexis Lavoie, 15, who has 538 total days at sea.

‘By extending the benefits of our Captain’s Circle loyalty program to our youth guests, they will remain more connected than ever to their friends and family and continue to share their joy of cruising with the world,’ Princess President Jan Swartz said.

Los Angeles native Wilkinson was just a year old when he started cruising, to the Mexican Riviera with his grandmother Renate Wilkinson, who introduced him to the joys of seagoing travel. In fact, he’s sailed to his favorite destination — Alaska — three times in the last three years alone.

Wilkinson’s next cruise will be to Mexico over Thanksgiving on Royal Princess.

Lavoie’s favorite destination is Cozumel because of the ‘vast selection of beach activities.’ His next cruise will be a two-week Christmas/New Year sailing on the new Sky Princess.

As elite-level members, Wilkinson and Lavoie now get all the program’s benefits. These are being rolled out to other youngsters in the club, with the appropriate level color displayed on their OceanMedallion and cruise card, complimentary Wi-Fi, priority embarkation and complimentary laundry.