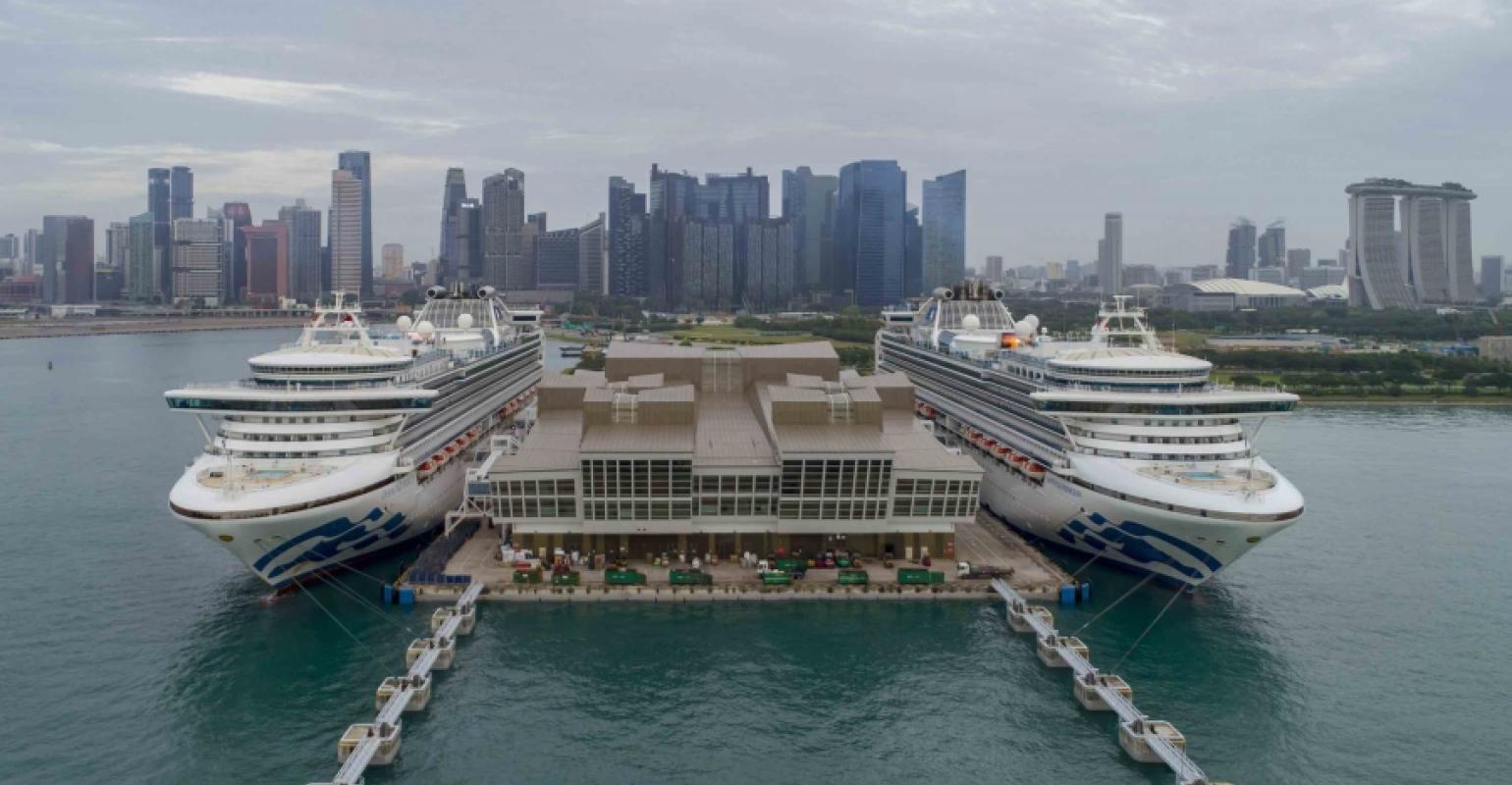 In another first for Princess in the region, the ships were commanded by two brothers—Capt. Paolo Ravera at the helm of Sapphire Princess and his older brother Capt. Stefano Ravera on Diamond Princess—at Phu My and Laem Chabang.

The two vessels finally met in Singapore on Jan. 19 where more than 5,000 passengers disembarked at Marina Bay Cruise Centre. Bidding farewell to Diamond, Sapphire sounded its horn and will continue sailing in the region until March. Then the ship returns to Southampton for a second European season, embarking from Singapore on a 37-night 'Indian Ocean and Europe Grand Adventure' cruise. Meanwhile, Diamond prepares for drydock.

'This dual-ship homeporting marks our fifth year sailing out of Singapore, carrying over 200,000 guests during this time, marking a pivotal moment for Princess Cruises in Southeast Asia,' said Farriek Tawfik, director, Southeast Asia. 'Princess Cruises also contributed economic benefit from each homeporting season estimated to be about S$250 million in the region over the last five years,' he added. 'We certainly look forward to sailing in the region for many years to come.'

After Diamond’s drydock is completed in early February, the ship will embark on a 12-night sailing from Singapore to Phu My, Nha Trang, Hong Kong, Taipei, Osaka and Shimizu (for Mount Fuji) before arriving in Yokohama on Valentine’s Day, Feb. 14. It will then commence a year-long deployment in Japan from Yokohama and Kobe, with 60 departures of 40 unique itineraries, visiting 41 destinations in seven countries.

Tawfik noted Diamond Princess’ Singapore to Yokohama cruise was sold out as a rare opportunity for regional travelers to embark on a journey covering seven destinations over 12 days from a port closer to home.